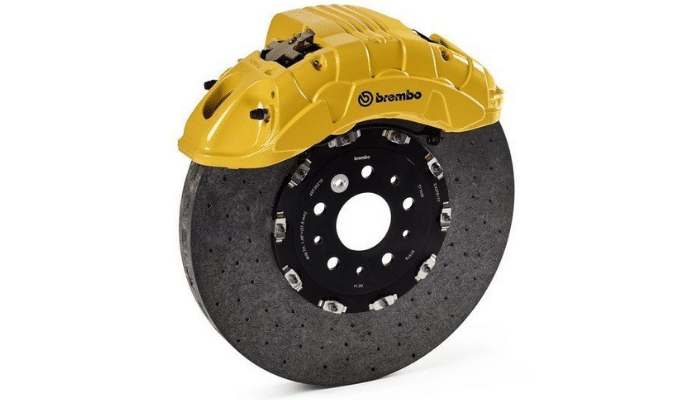 STEZZANO, Italy – Brembo, one of the world’s leading brake component manufacturer, has been named Best Brand 2020 in the brake category by the prestigious German monthly magazine Sport Auto.

The Italian company received 83.3 percent of the votes in the category and enjoyed the largest margin when compared to the second-place finisher in a contest determined by the magazine’s readers.

Coming first for Brembo, both on-track and off-road, is always very satisfying.

But, in addition to its performance on the track, it is just as important to win the race that brands take part in every day to be foremost in the minds of consumers.

That is why it is so important when you are selected for your quality or popularity by a jury made up of the general public, especially when it consists of tens of thousands of people. ​

The ranking is the result of votes by readers of the magazine who were asked to say who the best car-parts manufacturers were. Each voter could express more than one preference for each category which explains why the total number of votes comes to more than 100 percent.

When the voting data is analyzed, Brembo had the largest margin of victory within any one category. No other brand finished more than 46.8-percent ahead of a rival. ​

The company said, “All this shows us that Brembo not only has a good reputation with sports car enthusiasts (Sport Auto readers), but also that very few of these consider other manufacturers to be of a higher level or even on the same level as us.​”

Brembo SpA is a world leader and acknowledged innovator of disc brake technology for automotive vehicles. Brembo supplies high performance brake systems for the most important manufacturers of cars, commercial vehicles and motorbikes worldwide, as well as clutches and other components for racing. Brembo is also a leader in the racing sector and has won more than 500 championships.

The company operates in 14 countries on three continents, with 25 production and business sites, and a pool of over 10,800 employees, about 10 percent of whom are engineers and product specialists active in the R&D.