By The Brake ReportDecember 31, 2020No Comments3 Mins Read 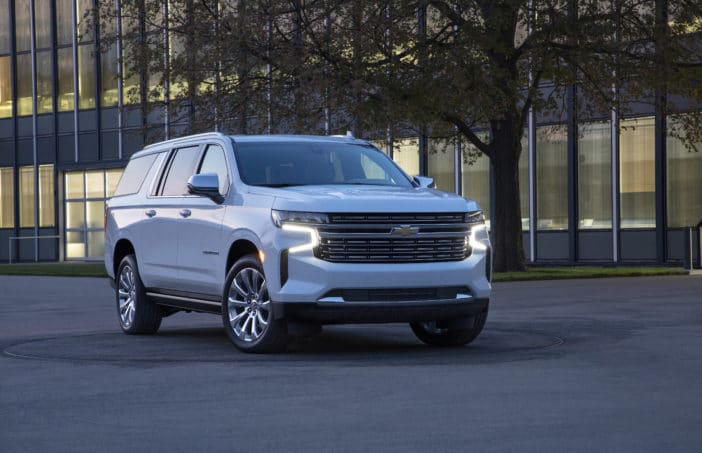 ANN ARBOR, Mich. – In a recent article Car and Driver described the strides General Motors has made in the braking ability of its large – and amongst the industry’s largest – sport utility vehicles (SUVs).

Annie White described the evolution of the company’s family of body-on-frame vehicles like the Cadillac Escalade, GMC Yukon and Chevrolet Suburban and Tahoe from virtually a “public menace” stopping distance of 248 feet from 70 miles per hour (1999 road test of a Tahoe) to today’s sub-185-foot stoppers.

The shorter distances – all no more than 184 feet, with one 2021 Suburban High Country producing a 166-foot stop – were recorded during test of six different variants from the latest generation of these SUVs.

In a point of comparison, White wrote that the GM trucks out performed a variety of small cars including the Mazda 3.

Tire technology would normally be a major component of this type of evolutionary improvement, according to the Car and Driver article, but there are additional factors.

“GM, for its part, says the better stopping distances are related to improvements in a variety of systems. Tweaks to the tires are part of the story. Plus, this new generation of trucks finally has an independent rear suspension. The ones we tested had the optional magnetorheological adaptive dampers, also freshly tuned for the new generation. Our braking test measures the distance from when our foot activates a trigger on the brake pedal until the vehicle comes to rest, and GM also credits its eBoost brake-by-wire system for some of the improvement, as it reacts more quickly to quick stabs of the brakes. However, that new braking system in the latest SUVs also now estimates the brake temperatures, and during our routine of six stops from 70 mph it flashed a warning to the driver that the brakes are getting too hot and then set a check-engine light before the end of our test. Interestingly, while the full-size pickup trucks on which these SUVs are based have also improved their stopping distances over time, the improvement is only about a third of the impressive gains of the utilities.”

And in conclusion, White wrote this improvement in braking capability indicates something greater in terms of automotive security: “And that the feat was achieved by the accumulated effect of several different tire and chassis improvements is proof that we don’t need to wait for a breakthrough on the order of autonomous driving or the three-point seat belt to feel safer in our cars.”