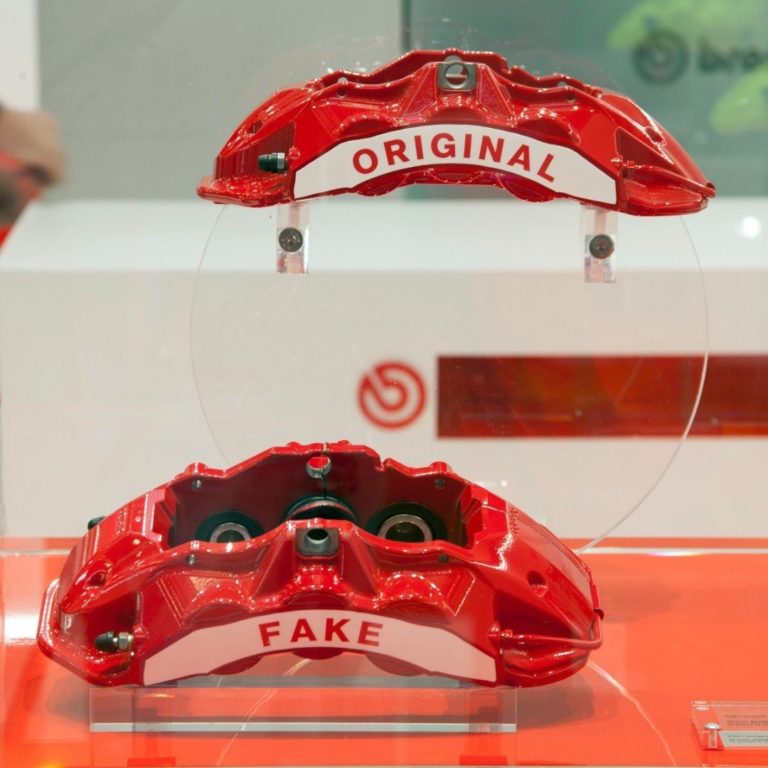 The following is excerpted from a post on Brembo.com. The entire story and images can be viewed by clicking on this sentence.

CURNO, Italy – A symbol of motoring, racing, and high-performance excellence, Brembo braking systems enjoy great kudos with a large number of motoring enthusiasts. Such appeal attracts the interest of consumers, but also of organizations involved in counterfeiting, which after handbags, watches, sunglasses, and clothing have turned their sights on the brand and started manufacturing and selling fake Brembo brakes. ​

The phenomenon of fake vehicle spare parts is nothing new, but in the case of Brembo parts, it takes on a specifically new dimension as it concerns an active safety component of vehicles on which the safety and lives of the driver and passengers traveling on vehicles fitted with fake parts depend. ​

If worse comes to worse, a fake watch purchased on an exotic holiday abroad will tell the time wrong. The same goes for a fake handbag, if it falls apart because of shoddy materials used in its making. That’s not true, though, for a braking system, where poor quality can cost dearly, which is why imitation braking systems are so much more dangerous.​

Choosing imitation components such as fake car brakes can pose major risks for the safety of the people aboard the vehicle and for the vehicle itself. Such “superficiality” may be paid for quite suddenly on a turn, if the car brakes “late” and runs off the road, or if a key component snaps, triggering an accident.​

A fake is a fake, there are no two ways about it. Still, there can be varying degrees of fakeness, as the sheer number and diversity of cases of fake Brembo parts goes to show. So, to simplify the matter, we’ve identified three different categories of braking components that fail the originality test. We call them fakes, semi-fakes, and super fakes​. ​

As different as they each are, the three types of fakes we describe below all have one very important thing in common—something we will never tire to stress—which is that they all place at risk the life of the driver, the lives of any passengers on board, and the lives of other motorists on the road.