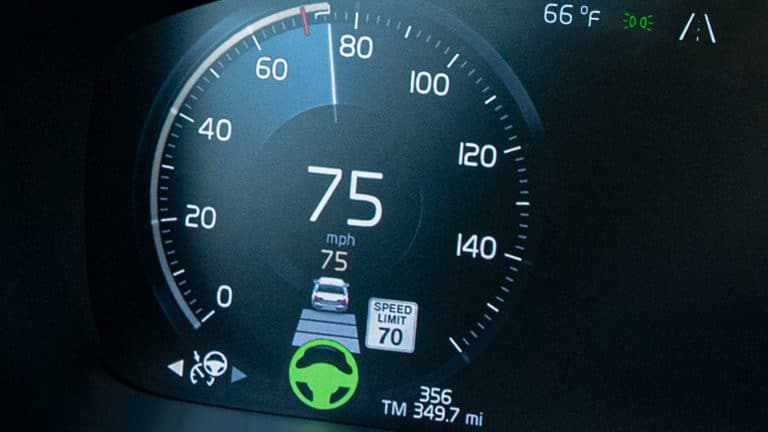 One of the most common advanced driver-assist system (ADAS) features is adaptive cruise control (ACC). The Insurance Institute for Highway Safety (IIHS) recently worked with data compiled by researchers at the Massachusetts Institute of Technology which studied 40 Boston-area drivers and discovered the use of ACC led to exceeding the speed limit. Excerpts of the IIHS post detailing the research follows:

Drivers are substantially more likely to speed when using ACC or partial automation that combines that feature with lane centering than when not using either technology, the study showed. When selecting a speed to “set and forget,” many drivers choose one that’s over the limit.

“ACC does have some safety benefits, but it’s important to consider how drivers might cancel out these benefits by misusing the system,” says IIHS Statistician Sam Monfort, the lead author of the paper. “Speed at impact is among the most important factors in whether or not a crash turns out to be fatal.”

ACC is a more advanced version of traditional cruise control that uses sensors to calculate and maintain a preselected following distance from the vehicle ahead, eliminating the need for the driver to repeatedly brake and reset the system. With the addition of lane centering, the vehicle also maintains its position within the travel lane automatically.

The systems on the market today don’t restrict drivers from setting speeds that are higher than the legal limit, and they require constant supervision by the driver because they’re not capable of handling certain common road features and driving scenarios.

Nevertheless, an analysis of insurance claims data by the IIHS-affiliated Highway Loss Data Institute and other research indicate that ACC may lower crash risk. Other studies have shown that these systems maintain a greater following distance at their default settings than most human drivers and suggested that they reduce the frequency of passing and other lane changes.