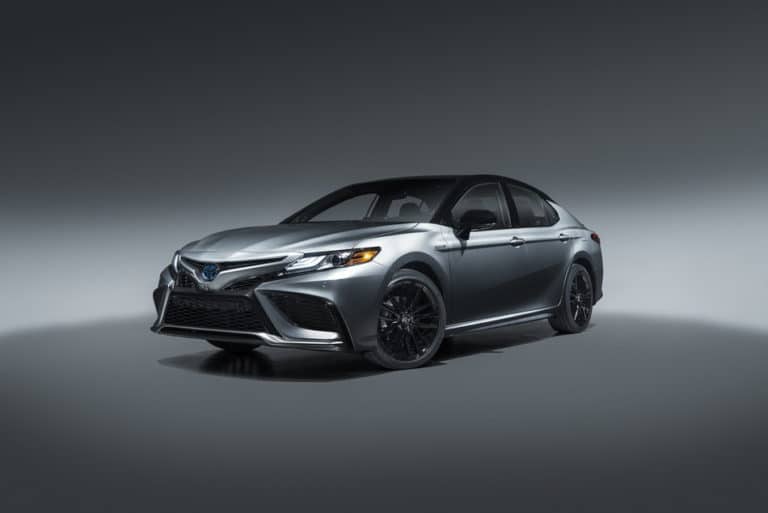 PLANO, Texas – Toyota will make its enhanced Toyota Safety Sense 2.5+ standard across the entire 2021 Camry range which expands to now include an additional hybrid variant, all-wheel-drive (AWD) models and other changes throughout the lineup.

All told, the 2021 Camry offers 17 different choices in the midsize sedan segment today. Those choices include:

Within are a new seven or nine-inch “floating” multi-media screen as well styling enhancements outside and in the Camry which enters its 37th year.

Toyota was a pioneering force in the adoption of automatic emergency braking (AEB) ever since it made the advanced safety features standard across many of its vehicles 2017, five years ahead of the voluntary commitment by many manufacturers with the National Highway Traffic Safety Administration (NHTSA) to make it standard on virtually all light vehicles.

For 2021, the Camry is the first Toyota model to include TSS 2.5+, the next phase in Toyota’s evolution of safety systems.

For starters, the Pre-Collision System with Pedestrian Detection (PCS w/PD), features multiple enhancements. The system can now help detect not only the vehicle ahead but also a preceding bicyclist in daytime and even a preceding pedestrian in low-light conditions.

TSS 2.5+ also enhances the PCS w/PD system with intersection support. At intersections, the system may detect an oncoming vehicle or pedestrian when performing a left-hand turn and may provide audio/visual alerts and automatic braking in certain conditions.

Camrys that come equipped with Full-Speed Dynamic Radar Cruise Control (DRCC), which can activate the feature above 30 mph, have a system designed to perform vehicle-to-vehicle distance controls down to 0 mph and resume from a stop. DRCC also includes a new feature that allows for smoother overtaking of slower vehicles. If traveling behind a vehicle traveling slower than the preset speed, once the driver engages the turn signal with steering input the system will provide an initial increase in acceleration in preparation for changing lanes; after changing lanes, the vehicle will continue acceleration until it reaches the preset driving speed.

Lane Departure Alert is designed to help notify the driver via steering wheel vibrations or audible alert if it senses the vehicle is leaving the lane without engaging a turn signal. When DRCC is set and engaged, Lane Tracing Assist (LTA) is designed to assist the driver by providing a slight steering force to help center the vehicle in its lane using visible lane markers or a preceding vehicle.

Toyota’s Rear Seat Reminder will come standard on all 2021 Camrys. The feature notes whether a rear door was opened within 10 minutes of the vehicle being turned on, or at any time after the vehicle has been turned on, with a reminder message in the instrument cluster after the engine is turned off, accompanied by multitone chimes.

In addition to the TSS 2.5+ system, to help Camry drivers change lanes with confidence, Blind Spot Monitor is designed to help detect and warn you of vehicles approaching or positioned in the adjacent lanes. Rear Cross Traffic Alert (RCTA) can offer added peace of mind by helping to detect vehicles approaching from either side while backing out and alerting you with a visual and audible warning. These features come standard on XLE and XSE grades and are available on certain LE and SE grades.

Toyota’s full announcement can be viewed by clicking HERE.