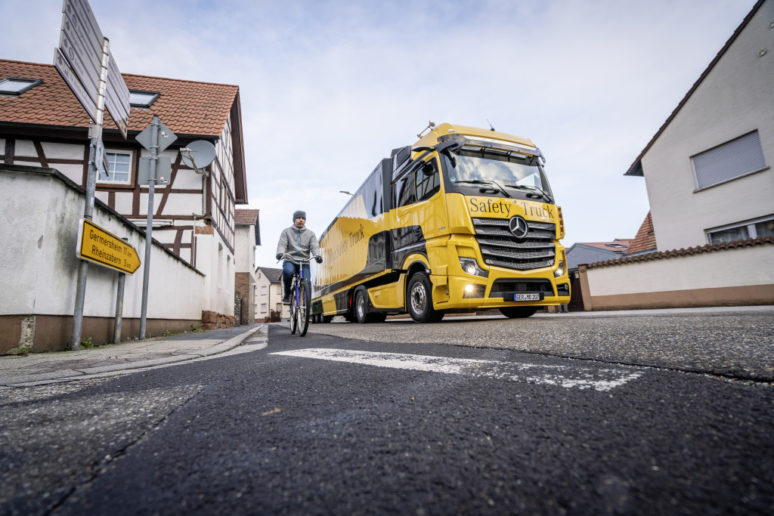 Stuttgart – Thanks to its innovative assistance systems, the new Actros has made another huge jump forward with regard to safety. However, the engineers working on the new Actros have not just achieved this progress with new systems such as Active Drive Assist for semi-automated driving in all speed ranges, but also by improving existing systems. The best example of this is Sideguard Assist. This system has been available since 2016 and minimises the probability of dangerous accidents on the co-driver’s side when the vehicle turns to the right. It has now been revised and improved for the digital future of trucks.

Until now the warnings issued by Sideguard Assist in the Actros were shown in the form of an LED light on the A-pillar in the cab’s interior. In the new Actros, Sideguard Assist now uses the MirrorCam display to warn drivers visually when the system detects a moving or stationary object in the monitored zone on the co-driver’s side of the truck. The system can thus warn drivers in good time on the monitor of cyclists or pedestrians they may not have seen. MirrorCam and Sideguard Assist work hand-in-hand – overloading the driver with information is thus avoided and all of the relevant warnings are located together in a single location.

In line with the launch of the new Actros, Sideguard Assist can now support the driver under certain conditions when turning to the left: on trucks with a frame overhang of more than 1.5 m behind the last rear axle, there is a risk that the right-hand rear corner of the vehicle may veer out when turning to the left. This can result in a dangerous collision between the frame overhang and other road users. These could be pedestrians, cyclists or other vehicles, for example. However in the new Actros, Sideguard Assist can warn the driver of such a collision in good time.

Greater safety for the weakest road users: this is how Sideguard Assist works

Sideguard Assist is not an automatic braking system; instead it works with a multi-stage warning process: if a moving or stationary object is detected in the monitored zone on the co-driver’s side, the driver is first given a visual warning. This comes in the form of a triangular warning symbol which lights up in the MirrorCam display on the co-driver’s side. If there is a risk of collision, an additional visual and acoustic warning is also issued: the display then flashes red repeatedly and after two seconds, it lights up red permanently. In addition, a warning tone sounds on the co-driver’s side at the same time.

The core of Sideguard Assist is made up of two short-range radar sensors on the frame on the co-driver’s side in front of the truck’s rear axle. The system is designed so that it monitors the entire length of the vehicle combination plus two metres to the front and two metres to the rear. It works for both solo vehicles and vehicle combinations up to 18.75 m in length. Daimler Trucks & Buses is currently the only manufacturer offering this type of safety assistance system fully integrated into the vehicle architecture.

The new Actros is the first series production truck in the world to be equipped with the new MirrorCam. Instead of the usual main and wide-angle mirrors, this system works with digital cameras and displays. The cameras are secured on the right and left on the roof frame. The images from the camera are transmitted directly to two displays which are mounted on the A-pillars in the cab. A side effect that increases safety: the driver also has an unhindered view at an angle past the A-pillars thus increasing the driver’s field of vision. Furthermore, sometimes drivers drive with mirrors that are incorrectly positioned so that a so-called “blind spot” is created on the co-driver’s side in which pedestrians and cyclists can be overlooked. When using MirrorCam the problem of incorrectly positioned mirrors no longer exists because the cameras automatically adopt the correct position prior to pulling away and the display always shows the same complete image from every perspective.

But that’s not all: MirrorCam assists the driver in other situations: in bends, for example, the camera image pivots so that the driver can always see the end of the trailer. A special wide-angle mode assists the driver when maneuvering or reversing. And when overtaking or moving back in on trunk roads, the driver can better assess the traffic behind thanks to the distance guidelines on the displays. MirrorCam does not, however, just improve safety, but also the truck’s aerodynamics thanks to the streamlined design of the cameras. This helps to sustainably reduce the fuel consumption of the new Actros. 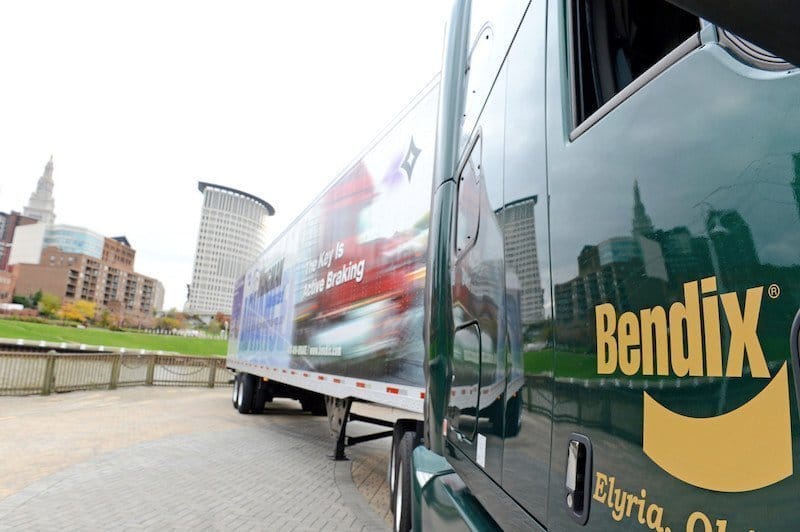 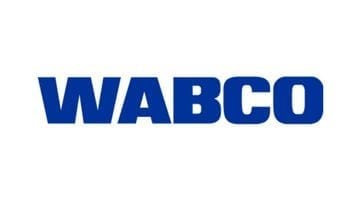 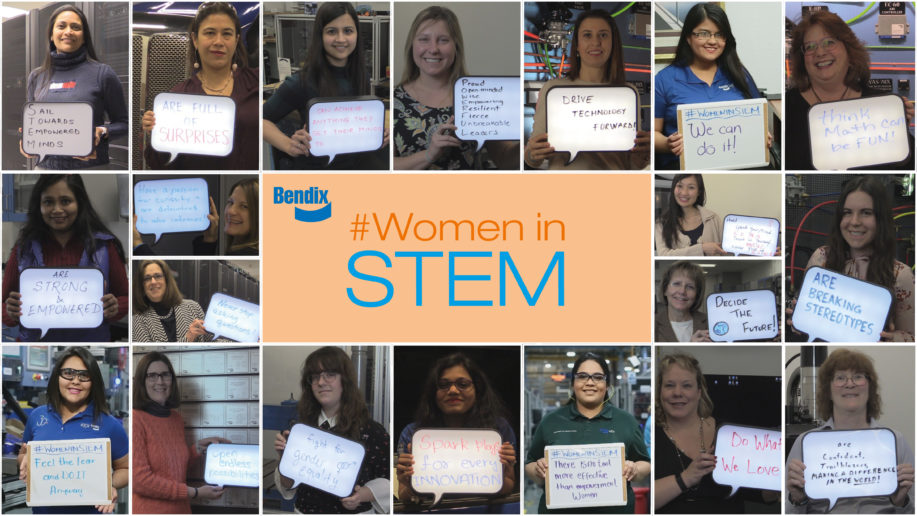 Bendix Aims to Inspire Next Generation of STEM Professionals