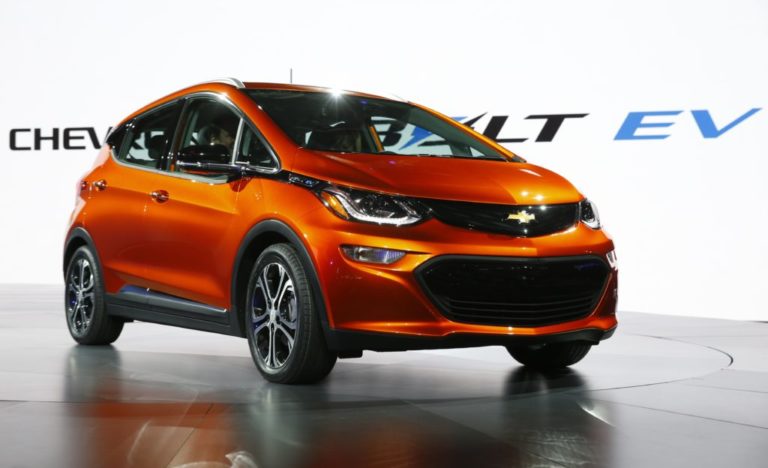 Electric vehicles like this Chevrolet Bolt might emit more particulate matter than comparable internal-combustion-engine cars according to a recent study.

BRUSSELS – According to a new report published by the Organisation for Economic Co-operation and Development (OECD), fine particulate matter from brakes, tires, and road surfaces will soon become a major problem, one which could be exasperated by electric vehicles (EVs).

EVs emit less CO2 than cars run by internal combustion engines (ICEs), but the report warns, when it comes to particulate matter these emissions can even be higher than ICE cars.

This would be the case for heavy long range electric vehicles, ones that can travel up to 483 kilometers on a charge. The cars’ weights are increased by the larger batteries and emit between three to eight percent more particulate matter than classic ICE cars.

According to the report, electric bicycles also contribute to more brake dust in cities, because there too, more and more high-performance (disc) brakes are fitted as their weight and speed increase. Even pedelecs contribute to the production of fine dust when braking.

Taxing EVs extra for the particulate matter would put a financial burden on electric driving that could be questioned, according to critics, New Mobility reports. The criticism of the tires and the road surface about the vehicle’s weight is also unfair they argue because both the composition of the road surface and that of the tires determine the release of particulate matter.