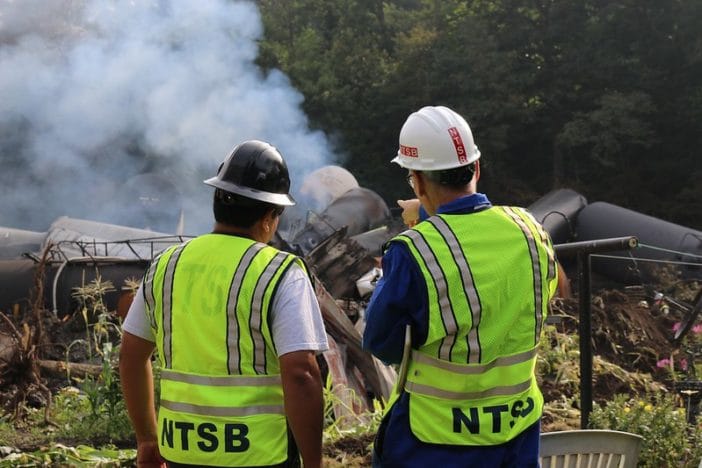 WASHINGTON, D.C. — Inappropriate use of hand brakes on empty rail cars was the probable cause of the Aug. 2, 2017 CSX Transportation, Inc. freight train accident near Hyndman, Penn., according to a National Transportation Safety Board (NTSB) accident report released last week.

No injuries were reported in connection with the derailment of 33 of 178 rail cars but three homes were damaged and about 1,000 residents were within the 1-mile radius evacuation zone. CSX estimated damages at $1.8 million.

The accident train consisted of five locomotives and 178 cars, 128 of which were loaded, and 50 rail cars were empty.

Safety issues addressed in the investigation include:

Use of hand brakes to control train movement

Based on its investigation the NTSB issued a total of six safety recommendations, including one to the Federal Railroad Administration, three to CSX, one to the Association of American Railroads and one to the Security and Emergency Response Training Center. The recommendations seek:

Guidance for railroads to use in developing required risk reduction programs