Rain and Its Impact on AV LIDAR Sensors

By The Brake ReportFebruary 26, 2021No Comments3 Mins Read 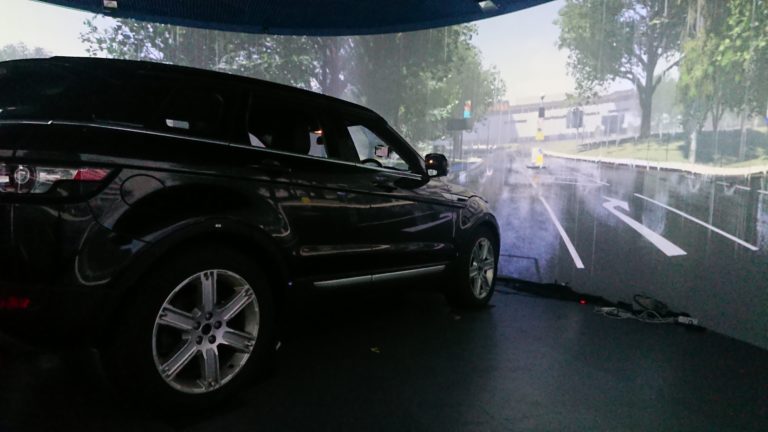 The WMG 3xD simulator, used to test the LiDAR sensors in the rain

COVENTRY, U.K. – High level autonomous vehicles (AVs) are promised by automakers and technology companies to improve road safety as well as bringing economical and societal benefits to us all, but studies have shown natural occurrences, like rain, can have an impact on their efficacy.

All high-level AVs rely heavily on sensors, and in the paper, Realistic LiDAR with Noise Model for Real-Tim Testing of Automated Vehicles in a Virtual Environment, published in the IEEE Sensors Journal, researchers from the Intelligent Vehicles Group at WMG, University of Warwick have specifically simulated and evaluated the performance of LiDAR sensors in rain.

Using the WMG 3xD simulator, researchers tested an autonomous vehicle’s LiDAR sensors in different intensities of rain, driving around a simulation of real roads in and around Coventry. The simulator is a key part of testing autonomous vehicles, as they need several million miles of road to ascertain accurate results. Using a simulator means that they can be tested in a safe environment that is the same as a real road.

LiDAR sensors work by emitting numerous narrow beams of near-infrared light with circular/elliptical cross sections, these can reflect off objects in their trajectories and return to the detector of the LiDAR sensor.

One of the issues of LiDAR sensors is the degradation of its performance in rain. If a LiDAR beam intersects with a raindrop at a short distance from the transmitter, the raindrop can reflect enough of the beam back to the receiver, therefore detecting the raindrop as an object. The droplets can also absorb some of the emitted light, degrading the range of performance for the sensors.

Using different probabilistic rain models (none, to different intensities) researchers made it “rain” in the WMG 3XD simulator, and measured the LiDAR sensor’s responses to the rain, making a record of false positive and false negative detections.

They found that as the rain intensity increased it became more difficult for the sensors to detect objects.

In a short range from the vehicle (up to 50m), several rain drops were erroneously detected. However, in a medium range, (50m-100m) this had decreased, but as rainfall increased to up to 50mm per hour, the sensors detection of objects decreased in conjunction with a longer range in distance.

“Ultimately, we have confirmed that the detection of objects is hindered to LiDAR sensors the heavier the rain and the further away they are, this means that future research will have to investigate how to ensure LiDAR sensors can still detect objects sufficiently in noisy environment,” said Dr Valentina Donzella, from WMG, University of Warwick.

“The developed real-time sensor and noise models will help to further investigate these aspects, and may also inform autonomous vehicles manufacturers’ design choices, as more than one type of sensor will be needed to ensure the vehicle can detect objects in heavy rain.”