DETROIT, Mich.–Evaporation of business with General Motors in North America short-circuited the growth plans of Japanese Akebono Brake Industry Co. Ltd. in the region, moving the company to close as many as three plants. 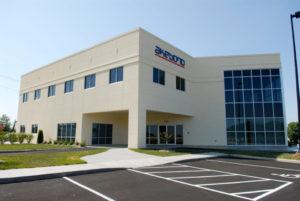 Akebono is reorganizing with the help of its creditors and customers, principally its Japanese automaker clients. The brake supplier, which has 20% of the global market for brake pads, counts Toyota, Nissan, Isuzu as its main clients, but supplies to more companies as well.

The company recently lost a substantial amount of GM business as the automaker has been reorganizing, consolidating suppliers and reducing capacity to deal with a slowdown in U.S. auto sales, as well as the elimination of slow-selling sedans and small cars.

The reduction in orders had a significant negative impact on the viability of its North American operations, which includes plants in Elizabethtown and Glasgow, Kentucky, West Columbia South Carolina and Clarksville Tennessee. The company’s North American administrative offices are in Elizabethtown and Farmington Hills Michigan. It’s research and development and sales office is in Farmington Hills as well, not far from General Motors global headquarters.

Akebono manufactures a wide range of brake friction materials and foundation brake assemblies, including disc brake calipers and drum brakes to Tier I brake suppliers and the automotive aftermarket.

According to a report in Nikkei Asian Review, To raise capital, Akebono gradually will sell most of its shares held in around 20 companies, including those issued by Isuzu Motors and other major automakers. Toyota, Akebono’s top shareholder at 11.6%, will be exempt from the sell-off. The roughly 7 billion yen ($62.7 million) raised will secure cash flow through the end of June.

Akebono will raise an additional 20 billion yen to 30 billion yen from turnaround sponsors through preferred stock and other vehicles. At least four candidates, including investment companies at home and abroad, participated in the first-round bidding process at the end of March. U.S. buyout firm Bain Capital and two others apparently advanced to the next round, and the final choices will be made by the end of May.