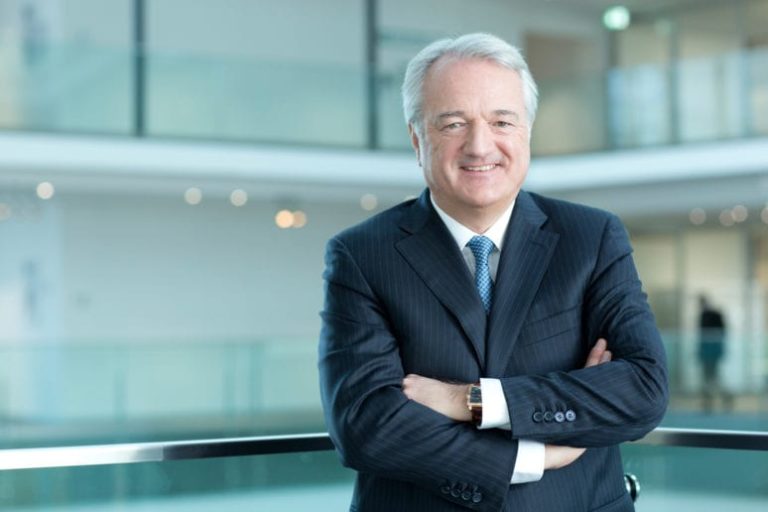 A cleverly financed takeover of the U.S. company TRW Automotive in 2015 was a decisive factor for the award A debt load totaling €12 billion resulted from the acquisition and has since been reduced by €7 billion Konstantin Sauer: “Outstanding teamwork is an important factor as we head toward the mobility of the future” Stuttgart. Dr. Konstantin Sauer named “CFO of the Year 2018.” “Finance” magazine, published by the F.A.Z. publishing house, presented the award to ZF CFO Dr. Sauer during the “Structured Finance” trade show in Stuttgart. The magazine’s jury based its award decision on Sauer’s handling of the takeover – completely externally financed – of the American automotive supplier TRW Automotive in spring of 2015.

“ZF’s acquisition of TRW Automotive and its opening up to the capital market were milestones in the over 100-year history of the company,” said “Finance” Editor-in-Chiefs Michael Hedtstück and Markus Dentz in explaining why they chose Sauer. “The company courageously grabbed its growth opportunities by the horns – and Konstantin Sauer financially secured its chosen course in an impressive manner. In the process, he acted as the best chief financial officers should, one who works in the background, but nevertheless decisively shapes the development of his company.”

You may also like: Quick hits on ZF’s IBC

The industrial engineer with a PhD in business management has definitively advanced the strategic transformation of the foundation-owned company. When Sauer was appointed CFO in 2010, ZF posted €13 billion in sales that year – today it is more than €36 billion. At that time, the company was faced with the challenge of adapting its product portfolio to the future demands of the automotive industry. An essential milestone in the process was the acquisition of the American automotive supplier TRW Automotive in May 2015. This purchase was made to the tune of €12.4 billion and was completely financed by external investors. The transaction also put ZF in a leading position in the development of automated driving functions and led the company into the ranks of the largest automotive suppliers in the world.

As chief financial officer, Sauer prepared the financial foundation for this growth and technological advance. The debt burden of € 12 billion that ZF accumulated after the takeover of TRW Automotive was able to be reduced by €7 billion in less than four years. The ratings agencies have also acknowledged this achievement: Since this spring, they have once again given ZF a credit rating of “investment grade.” During the course of the TRW acquisition, ZF opened itself up to the capital market. Under Sauer’s management, the company issued several bonds and a bonded loan of over €2.2 billion – the largest volume issued to date.

In addition to his role as chief financial officer, Konstantin Sauer also became the company’s temporary CEO at the end of 2017, beginning of 2018 when the existing CEO and chairman of the Supervisory Board left. This lasted until February when Henning Scheider assumed the position of CEO in Friedrichshafen and Sauer could focus again on his duties in the Finance Division.

“I am delighted to receive this award. It recognizes the ongoing efforts of the entire team in the Financial Division to successfully prepare ZF for the future of mobility. In doing so, we have succeeded in consistently pursuing our strategy, which has involved major investments, mainly in electromobility and autonomous driving, and simultaneously secure ZF’s financial independence,” commented Konstantin Sauer on his award as CFO of the year. He is the 14th recipient of this award, joining the ranks of other CFOs from companies like Fresenius, Henkel and Vonovia.