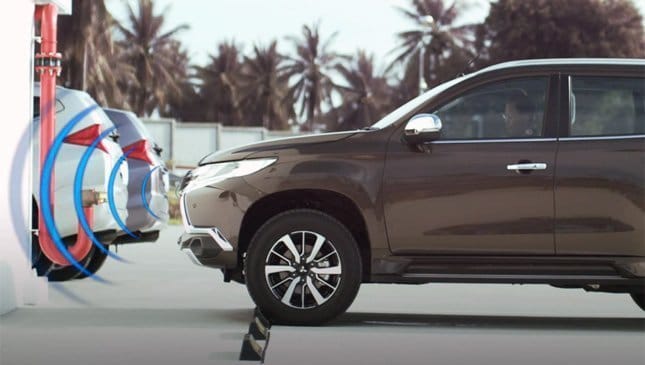 YOKOHAMA, Japan–Auto companies promoted their latest technology at an exhibition here with a focus on collision-avoidance systems following a string of high-profile accidents involving unintended acceleration in recent months and years.

Leading auto parts maker Denso Corp. unveiled a device at the car technology exhibition, which ran from May 22-24, that prevents accidents caused by mistakenly stepping on the accelerator instead of the brake.

The device, which measures the distance between a car and an obstacle with a bumper-mounted sensor that employs ultrasonic waves, stops the vehicle if it judges that the driver has depressed the gas pedal by mistake.

In April, a vehicle driven by an elderly man struck 10 people at two crosswalks before slamming into a garbage truck in Tokyo’s busy Ikebukuro district, killing a mother and her 3-year-old child. Although the driver claimed that the brakes did not work properly, police believe that he accidentally stepped on the accelerator instead of the brakes.

As Denso’s new acceleration-suppression device can be installed on existing cars, the company hopes to cover a wide range of vehicles if it can obtain cooperation from automakers.

German auto parts manufacturer Bosch unveiled for the first time a new sensor that “watches” the vehicle’s surroundings like an eye to prevent collisions. The device extends the detectable range from the conventional 90 degrees to 120 degrees in front and can thus detect passing pedestrians and vehicles at such sites as crosswalks much earlier.

“Collision-prevention brake systems will be able to operate more swiftly than before,” a company official said.

Companies like Toyota, Mercedes and Audi among others have faced major litigation over sudden acceleration. The phenomenon really began in earnest in the mid 1980s when Audi was targeted with complaints about sudden acceleration in the Audi 5000. That debacle, which sunk Audi in the U.S. for more than a decade, and nearly drove the German premium carmaker from the U.S. market, resulted in automakers having to install an automatic shift-lock on all vehicles.

Since then, Mercedes, Nissan and others have been subject to litigation that has focused on vehicles’ throttle control. Toyota, however, faced charges of sudden acceleration that was ultimately blamed on a defective floormat anchoring system that resulted in the mat getting caught up in the brake and accelerator pedals. Toyota recalled the vehicles and replaced the mats.