AEB: These Automakers Are Ahead of The Curve 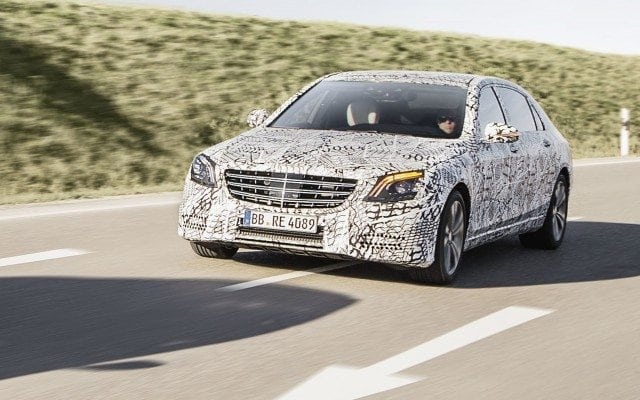 Automatic emergency braking (AEB) is perhaps the most useful active safety feature on the market. It can quickly turn a would-be fender-bender into a non-issue.

The good news is nearly every major automaker has signed on to equip the technology on all light-duty vehicles (under 8,500 pounds) by 2022. Ahead of the timeframe, there are some all-stars, however.

The Insurance Institute for Highway Safety had a look at each automaker signed onto the voluntary agreement last month and found four automakers have met the criteria two years ahead of time: Audi, Volvo, Mercedes-Benz and Tesla. The latter two companies met the goal three years ahead of time last year.

Each vehicle in the four automakers’ lineups is equipped with AEB. IIHS data shows this translates to more than 9 million additional equipped with AEB during the latest reporting period, or 30% more cars than last year. However, this voluntary goal doesn’t mean the feature is standard equipment. More and more carmakers are moving in that direction, though, but “offered” is different than “standard.”

While the IIHS named the four overachievers, there were a handful lagging behind. General Motors, Fiat Chrysler, Jaguar-Land Rover and Mitsubishi only outfitted AEB on one in three vehicles.

“If these automakers continue to lag behind, it will signal the need for mandatory standards to ensure that every new car buyer is able to get this life-saving technology,” David Friedman, vice president of advocacy at Consumer Reports, commented in the IIHS report card.

The most-improved award goes to Ford and Hyundai. Last reporting period, Ford outfitted AEB on just six percent of its vehicles. Now, the figure stands at 65 percent. Hyundai saw its percentage rise from 18 percent to 78 percent. Toyota, Volkswagen, BMW, Nissan, Honda, Subaru and Mazda all sit in good standing so far, too, with eight out of 10 vehicles equipped with AEB today.

Looking outward past 2022, AEB outfitted on vehicles weighing between 8,501 and 10,000 pounds is the next target.  Automakers agreed to a 2025 date in a separate voluntary agreement. Five years from now, the IIHS predicts the technology will prevent 42,000 crashes and 20,000 injuries.