Volvo-Uber AV Has Backup For Steering and Braking 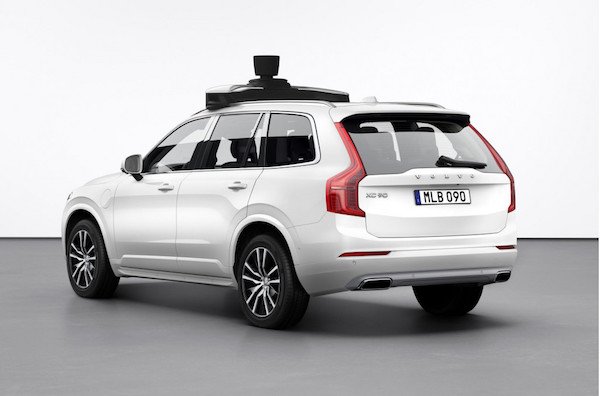 STOCKHOLM, Sweden–Swedish carmaker Volvo on Wednesday unveiled an XC90 prototype fitted with all of the hardware necessary for full self-driving capability.

The SUV has been designed to operate on self-driving software being developed by Uber. The two companies have worked closely on self-driving cars since 2016, when Uber agreed to purchase a fleet of Volvo XC90s for testing purposes.

Volvo said the technology on board the vehicle is representative of what the automaker will fit to its production self-driving cars, once safe, reliable and robust self-driving software can be developed. The software is what gathers all of the data and then tells the vehicle what to do, and right now it’s the biggest technological hurdle to the realization of self-driving cars.

Crucially, the prototype is fitted with several backup systems for both steering and braking functions, as well as battery backup power. These backups are designed to take over immediately should a primary system fail.

Volvo is developing its own self-driving software, and we won’t have to wait until the middle of the next decade to see it offered in a production model. The automaker said it will introduce early next decade software that will enable its cars to operate on their own in select areas, for example highways with sufficient map data. The capability will be similar to what Cadillac is already offering with its Super Cruise system.

“We believe autonomous-drive technology will allow us to further improve safety, the foundation of our company,” Volvo CEO Håkan Samuelsson said in a statement. “By the middle of the next decade, we expect one-third of all cars we sell to be fully autonomous.”