Turbo Power and High-Performance Brakes: Home Round for Audi in Nuremberg 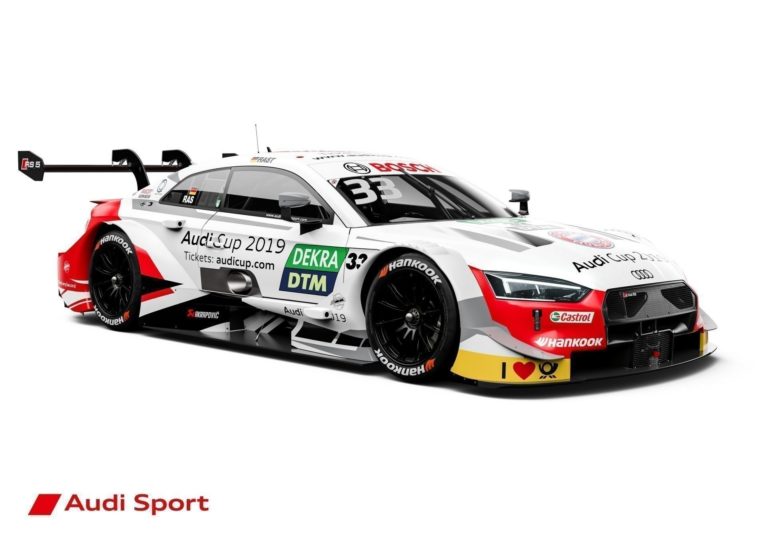 NUREMBERG, Germany–On July 6th and 7th, the motorsport world will eagerly focus on Nuremberg again: For the first time, the new DTM Class 1 race cars with their 610-hp four-cylinder turbo engines will be racing on a city street circuit.

“The Norisring has always been an absolute highlight on the DTM calendar,” says Head of Audi Motorsport Dieter Gass. “But this year, the spectators can look forward to a unique spectacle. The new cars are more powerful and faster. We expect to see lap records, top speeds above 270 km/h and naturally, as a result, even more extreme loads on the brakes. Due to the higher speeds, the braking distances will be longer, causing the brakes to become hotter.”

Even last year, the brake calipers of the Audi RS 5 DTM cars were provided with additional water cooling in Nuremberg. This year, more intensively ventilated brake discs be will be used, which are able to withstand the expected high temperatures.

“Due to the two hairpin turns at the end of the fast straights, the track is super-tough on the brakes,” says Audi driver Nico Müller. “In the race, we have to do a good job of managing our brakes. It’ll be an acid test not only for us drivers, but also for the hardware. Plus, the track has many bumps that change every year.”

In 2016, Müller won his first DTM race on the 2.3-kilometer city street circuit between the Dutzendteich Lake and the Max-Morlock Stadium. Last year, he was again the most successful Audi driver in Nuremberg. Following his victory at Misano at the beginning of June, the Swiss sits in the third spot of the drivers’ standings and can hardly wait to be racing at the Norisring in a turbo car for the first time.

With the new Audi RS 5 DTM, Audi Sport seamlessly continues its success story in the DTM. With three victories and twelve of eighteen possible podium finishes so far, the track record of the new Class 1 race car is impressive. Thanks to its strong performances in the first three events, Audi is traveling to the Norisring as the front runner in all three of the classifications and wants to defend its leading position in its home DTM round.

All six of the Audi factory drivers – René Rast (4), Nico Müller (3), Robin Frijns (2), Loïc Duval (1), Jamie Green (1) and Mike Rockenfeller (1) – have already clinched podium results this year. Before the Norisring, all six of them are ranked in the top ten of the championship.

The leader of the drivers’ classification is René Rast, who has been driving from one record to the next in the DTM at an accelerated pace. The Norisring is the only track that reflects an unusual tally for the 2017 Champion and last year’s DTM runner-up: Rast has never finished in the points in any of his four DTM races in Nuremberg. A twelfth place is his best result so far on the city street circuit.

“It’s high time to change that,” says the Audi driver. “Maybe the livery of my car is a good omen.” At the Norisring and also fourteen days later at Assen, Rast will be racing in an Audi RS 5 DTM sporting the colors of FC Bayern München. With the logo of the record football champion emblazoned on the roof of his race car, the DTM star will promote the Audi Cup to be held at the Allianz Arena in Munich on July 30 and 31.

Rast himself is not a football fan, unlike his teammate, Jamie Green. Right in time for the highlight race in Nuremberg, which he has won four times, the Briton has recovered from his appendix surgery and is ready to race again. “Even though the scars hadn’t completely healed yet, I was able to start training again only two weeks after the surgery,” says Green. “So far, the healing process has progressed as planned.”

The two DTM races will start at 1.30 PM CEST on Saturday and Sunday. SAT.1 will begin to air live coverage on both days starting at 1 PM CEST. Tickets and fan packages for visits to the event are available online at www.audi.com/dtm. The Norisring will also feature an Audi Thrill Zone. The hub at the DTM Fan Village offers virtual races, autograph sessions, interviews and many other attractions for the fans.