CHATHAM, Mass. – Toyota offers American sport utility (SUV)/crossover (CUV) buyers one of the most comprehensive collection of vehicles from which to choose. Six different (eight if you count hybrids as separate) models ranging from the subcompact C-HR to the LARGE Sequoia.

There’s something for everyone on virtually any budget (from just under $22,000 to more than $85,000); from rugged (Land Cruiser) to luxurious (Sequoia Platinum).

The 2020 Toyota 4Runner Limited we’ve been escaping in from our lockdown quarters on Cape Cod represents the off-road centric explorer – as opposed to its more civilized Highlander sibling – in the middle of the automaker’s SUV lineup.

The original 4Runner began life in the early 1980s as a two-door HiLux pickup truck to which Toyota added a (removable!) fiberglass roof/enclosure over the bed for additional “living” space –  the top-of-the-line SR5 even added a back seat!

A sturdy frame, four-wheel drive system and no-nonsense appearance let everyone know this truck – and it was undoubtedly a truck – was meant to go where roads did not.

Toyota began a process of continuous refinement including a full steel body with four doors with the introduction of the 1989 4Runner, but never abandoned the body-on-frame design.

So today’s 4Runner, still body-on-frame, though much more comfortable in everyday driving on pavement, remains ready to bring up to seven people to places far from civilization (though, thanks to a tight fit, those two in the third row better be small or really close friends.

The Highlander, which we praised in an April appraisal, has very capable all-wheel drive (AWD) complete with eight inches of ground clearance to go over most of the obstacles (like snow) the average SUV driver encounters.

The 4Runner’s pedigree decreed a much more robust design. Ground clearance is 9.6 inches and the angle of approach is 33 degrees almost double the Highlander’s 18.1 (which is the maximum angle a vehicle can climb from a horizontal plane without interference). The 4Runner is also some five inches shorter than the highlander, all of which adds to its being the more off-road capable.

Toyota makes an even more off-road capable 4Runner, the TRD Oro version. Clicking HERE will bring up a video showing this model in the wild.

On road, the 4Runner 4-liter V6 engine’s 270 horsepower and 278 pounds-feet of torque provide strong, if not scintillating, performance. Our Limited had full-time four-wheel drive with Active Traction Control (A-TRAC) and Torsen limited-slip center differential with locking feature, again, making it both more off-road capable while simplifying on-road driving thanks to the full-time feature.

And the strong frame and powerful six cylinder enable the 4Runner to pull a trailer weighing up to 5,000 pounds.

Climbing in and out of the 4Runner with its high ground clearance could have proven challenging for me (relatively slight of stature), but the optional ($1,500) automatic running boards were a welcome addition. These pop out from under the truck when either the front or back door is opened on either side of the SUV.

Once inside, Toyota’s progressive refinement of the traditional SUV is evident: Perforated leather covers the seating surfaces in all three rows with the fronts being both power adjusted (eight ways for the driver/four for the passenger), heated and ventilated. The steering wheel and shift lever are also leather covered. Power adjustments, of course, also control the windows (auto one-touch up/down for all five windows including the one in the rear liftgate), mirrors, locks and sunroof.

An eight-inch color touch screen sits high on the dash providing controls for the JBL audio system (AM/FM/SiriusXM satellite/Apple CarPlay/Android Auto/smartphone streaming), navigation, and various other infotainment functions. The touch screen’s operations are supplemented by a complete set of dash and steering-wheel buttons for all the interior comfort and convenience systems, including voice activation/control.

A simple-to-use dual-zone automatic climate control keeps the inside comfy regardless of the weather outside.

Airbags are arrayed throughout the cabin for riders in all rows of seating as you would expect. Also present is Toyota Safety Sense P which consists of pre-collision warning/braking system with pedestrian detection; dynamic radar cruise control; lane departure alert, and automatic high beams

Front and rear parking sonar rounds out the ADAS and this brings me to one of my disappointments with the 4Runner. I appreciated all of the ADAS features; they are all expected in a vehicle at this price point (our 4Runner Limited AWD totaled $49,905 with options and processing), but was chagrined not to find blind-spot monitoring and rear cross-traffic alert. Unfortunately, this feature is not offered on any of the 4Runner variants.

The only other negative I could come up with was the lack of a power liftgate – an obvious missing piece (and, again, not available in any 4Runner) in a vehicle with this level of features.

The verdict on the 4Runner: if your needs are conquering rugged terrain and your lifestyle is enjoying outdoor activities, one of the 4Runner models might be the perfect choice. The SR5 starts the range at $36,120 while six iterations later the range tops out with the TRD Pro at $49,865 for an even more off-road adept version.

Fuel economy reflects both vehicle weight, shape and powerful motor. The federal Environmental Protection Agency rates the 4Runner at 16 miles per gallon in city driving, 19 mpg on the highway and 17 mpg overall. We saw 20 mpg during our enjoyable time with the truck, which was a welcome, and surprising, improvement on the conservative EPA figures. There is a lot to say for having such a high perch whether driving on the suburban Mid Cape Highway or along the rutted, pitted dirt road skirting the ocean in Wellfleet. 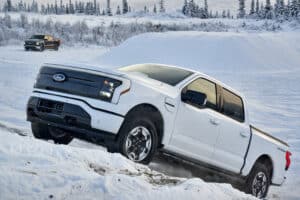 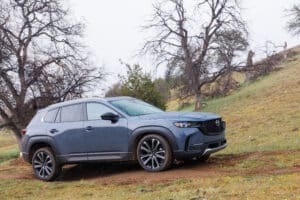