FLORENCE, Ky. – Doug Dole, general manager of product strategy for Meritor, was the latest industry executive to “sit down” with The BRAKE Report. During the interview he discussed the consistent rise in the application of air disc brakes (ADB) within the heavy-duty commercial-vehicle world, which was a key element of his presentation during the recent Heavy Duty Aftermarket Week program.

“In Europe, the fleets do not have the ability to spec product,” he said. “The fleets have a lot of power in North America to order a truck that is designed and spec’d to what they want to use. And, from a brake perspective, in North America today we’ve been able to meet the stopping distances with drum brakes. We are meeting all legislative [regulations] that we have today; we are meeting [them] with drum brakes.”

The value proposition for many fleets remains in specifying drum brakes as well as there being certain applications more suited for drum brakes, explained Meritor’s product strategist.

The discussion of the air-disc-brake market, both original equipment and aftermarket, segued into some comments on commercial-vehicle electrification.

“This is a growing market,” stated Dole. “And we are actually right in the middle of that market. “We came out with our brand called Blue horizon, where we have a fully functional e axle. We have the capability to provide that full system to our OEM [customers].”

Here, like on the automobile-side, regenerative braking will change the life cycle of truck brakes and specific components, but the same performance demands will remain.

“You’re not going to need to use your brakes as you do today,” the Meritor executive said. “You have to have the same capabilities; they’re just not going to wear out as quickly as they do today, because there’s going to be a lot of help in braking through the motors and the technology that they have in the in the axle.

In addition, Dole briefly touched on Meritor’s involvement in the autonomous driving aspects of the transportation evolution and the now-ended blockade of the Ambassador Bridge between Canada and the United States, which can be viewed in the embedded YouTube presentation.

Dole is a global operation, sales/product, and distribution executive with more than 30 years of experience in the automotive industry. He has more than 10 years of international operations and sales experience, including leading aftermarket activities in Asia Pacific as an expat.  He brings 25 years of aftermarket experience including product/sales management and operations.  Doug holds an MBA from Xavier University and a BS in Industrial Engineering from Kettering University. 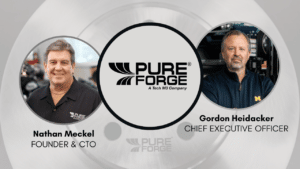 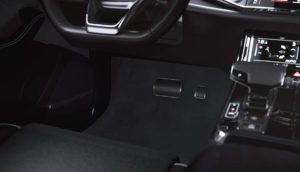 HELLA Perspective on Its Brake-by-Wire Pedal 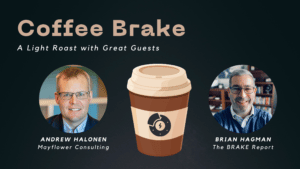 What We Learned – Brake and Suspension Market Study with Andrew Halonen