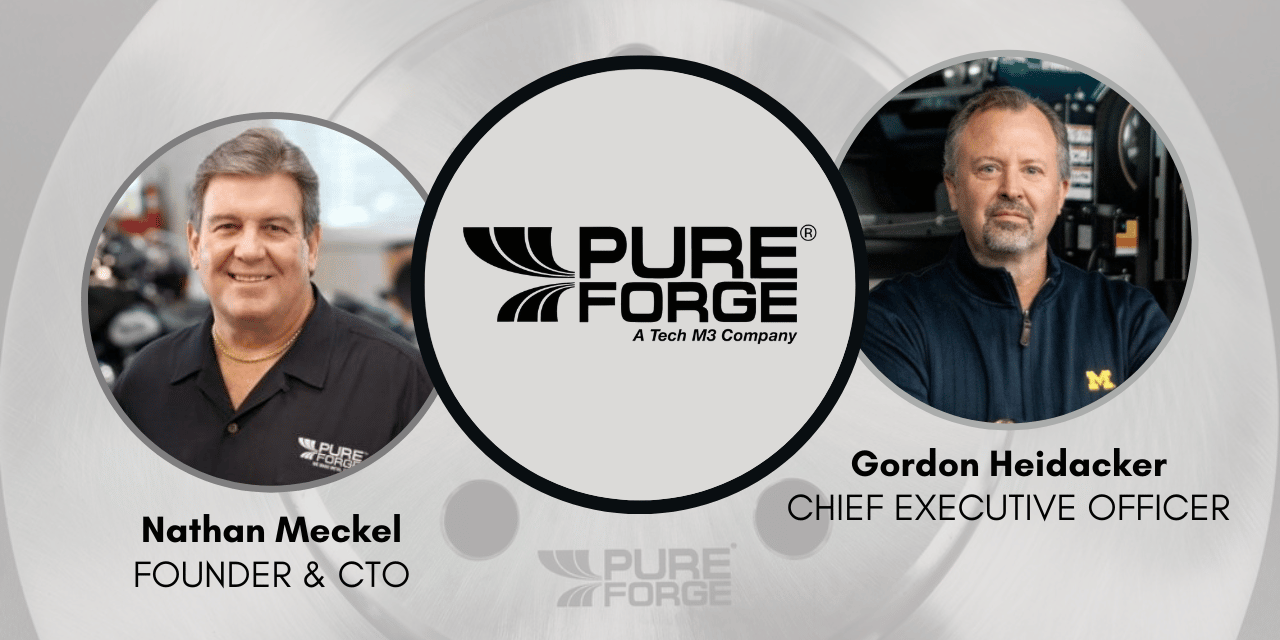 It’s been nearly 50 years since the brake industry has seen major disruption to the level that PureForge believes it can have. In 1955, the disc brake was introduced to the market and in 1978, the anti-lock braking system (ABS) was. In talking with the team at PureForge, they believe their technology has the potential to be just as disruptive.

The first applications of disc brakes were found on the Citroën DS. It was the first sustained mass-production use of modern automotive disc brakes. The initial form of ABS as we know it today was introduced on a W116 Mercedes-Benz S-Class in 1978. The car featured caliper-type front disc brakes among its many innovations. These discs were mounted inboard near the transmission and were powered by the vehicle’s central hydraulic system. Some might add FNC coatings in there too.

Today, however, PureForge is introducing a new technology with five major attributes propelling it forward. The company has a patent portfolio valued in the $100s of millions of dollars. The patents cover the 21st Century ideas for on PureForge Braking systems.

The BRAKE Report recently had an opportunity to sit down with PureForge Founder and CTO Nathan Meckel and CEO Gordon Heidacker.

We’ve heard claims from PureForge about brakes that don’t wear out. Do they really last forever?

Gordon Heidacker (GH): Well, that’s a bit exaggerated, but there is a lot of truth here. We have a product that, as far as we can tell, the rotors will go conservatively 200,000 + miles, maybe much more, and the pads at least three times the everyday life.

Nathan Meckel (NM): We’ve engineered longevity as one of the significant attributes of our brakes. That was the initial goal, to get a brake system of rotors and pads to last well past the expiration date of traditional rotors and pad systems and to be good for our environment and ultra-safe for the consumer. But that’s not all. There are five key attributes for buyers of our brake system (rotor & pads).

GH: We currently have a test with a major fleet using the Mercedes Metris Vans. Our client on the test recently said, “these brakes are worth it, just in UP TIME alone.” Every 3000 miles, the Metris Vans are in for brake service. If we can double the life of these brakes, can you imagine the savings?

Besides extended brake life, what other advantages do your rotors provide?

Regarding dust reduction, we are now in testing with Link Engineering and our preliminary numbers can reduce that annoying, corrosive, and unhealthy brake dust by upwards of 70%. THAT ALONE IS REVOLUTIONARY! European EURO 7 emission rules already regulate brake dust emissions. North America is following suit…

And, if you start to bring EVs into the picture because of regenerative braking systems on those vehicles, they are particularly prone to rust pitting— because the electric vehicle doesn’t use a significant degree of friction braking. One could make a real case for a PF future braking systems for EVs on those two attributes alone.

GH: We have quite a story for lightweighting. Because of the nature of the technology, we can also lightweight the rotor and thereby reduce unsprung weight at the corners, two pounds for each corner, 8 pounds in aggregate! We have a three-year development agreement with Hyundai, working with us for a 2025 production vehicle. That’s huge! And this week alone, we’ve signed three more NDAs with major Tier Ones and OEMs! Also, including those just mentioned, we have 41 opportunities, and none are being run to the ground—meaning they’re not teetering -all are accelerating! That doesn’t happen very often in new tech!

One could make a real case for future EV braking systems for EVs on the longevity and rust attributes alone. But what about environmental savings, too? If we can mine less iron ore, make lighter cast iron rotors, and junk fewer used-up brake rotors… We certainly can calculate those savings in terms of the environment.

What about the rust? Is your process similar to FNC process?

NM: Yes, but PureForge is well beyond FNC regarding features and benefits. One could say we are the next step beyond the FNC process – The Atomic Forging – process, as we call it. Our treatment doesn’t wear off! We serve the client well beyond initial lot rust and pitting issues. We go well beyond what FNC can do. FNC was revolutionary to prevent rust from forming during shipment and as the cars sat on dealer lots waiting for delivery.

GH: PF adds value for the manufacturer and the consumer. Customer satisfaction is at every level: Fleets, OEM or motorsports, or even RVs. Brakes become a non-issue, so to speak.

What have been the biggest obstacles or pushback from your potential customers?

GH: It’s on several different levels. It is incumbent upon us to be able to further explain and demonstrate our benefits through data and examples. Once you start being seen on vehicles… I’m speaking now more of the retail business. Anyone in that space, the significant box auto parts, and service centers will not like us and won’t be beating down our door.

However, you know that word of mouth is your strongest advocate. Well, we’re starting to see the word-of-mouth spread, and we’re getting that traction now. I want to predict something here, Brian. Again, please forgive what seems to be bragging or arrogance. It’s not. The PureForge brake system work! On this team, we’re all believers.

The people who aren’t knocking on our door, the big box guys, are the ones who are going to lose market share. These guys are not our target.

Any concerns about upsetting the market?

GH: I’m not making enemies. If they don’t see a path toward us, it’s their problem, not ours. We’re not going after them out of spite… We’re going to market for the right reasons. We’re doing the right things for our customers, people’s health (brake dust), and the environment. We’re making the driving experience better. It’s all for the right reasons for the person who owns the car.

NM: In addition to Gordon’s comments, I might add that the person who contacted us from Hyundai heard about us at a Brake Colloquium, tracked us, and read the white paper describing the technology. Later the Hyundai client told me we were waiting for you guys to come out of the cocoon. They contacted us to force it a bit. After talking with us, they got it. I don’t think Hyundai believes us yet. That’s why they wanted to do the tests.

What’s driving Hyundai now is that they want the best-in-class braking. They want to have the least amount of emissions of any vehicle manufacturer.

And, you know, I’ve had this same conversation repeatedly. One person at a time, one group at a time, one engineer at a time— Every time, I know what’s going to happen. The result is always the same, they say I don’t believe it is true, but you know what they say, we have to check and see if it is true.

GH: In fact, one engineer said, you know what? You’re invalidating everything I’ve ever known, learned, or experienced in my career, regarding brakes and braking! But you know what? Isn’t that the plight of nearly every inventor? It’s too good to be true; therefore, it’s not. We welcome the test! Imagine the tests on when Google displaced nearly the entire advertising ecosystem.

So can you explain more about how the process or technology works?

GH & NM: That’s the secret sauce in our patent portfolio!

NM: Fundamentally it’s a PVD (Physical Vapor Deposition) process that impregnates the rotor. The semiconductor industry is using the process. It was matched with a compatible brake pad composition.

NM: From my perspective, what we’ve lived through for the past 20 years, is all software and internet stuff. It’s all stuff that has no weight or mass, no feel to it. What does a brake rotor have? All of those things that software doesn’t — touch, feel mass, substance. I’m not dismissing software’s value, but I’m tactile, and you can’t feel software. You can feel the weight of a rotor, and it just felt right!

GH: I’ll add to Nathan’s comments by asking why Gentex invented the rear-view auto-dimming mirrors. They had a philosophy to go where others weren’t. No one is innovating in brakes! Some substantial companies with colossal brand recognition think they are but are not. The point is that branding is one thing, but true innovation is another. At PureForge, we can do things on the brake corner module that were inconceivable until PureForge’s technology came along. This technology enables several attributes that you can’t do with regular brakes.

We can change the dynamics of a car, just in weight savings, as no other company can. I’m not trying to be arrogant, but this company and its technology truly excite me!

Where did this idea ever come from?

NM: God. Our first rotor imprint logo had the Latin phrase imprinted Soli Deo Gloria! Translated—All glory be to God only. People look at me and call me an inventor. I don’t believe I am an inventor. God has already invented these things. It’s all about the fact that God made us smart enough to discover His inventions.

One of the reasons why we are where we are today is that no one knows everything there is to know about Physical Vapor Deposition. It’s humorous almost to say and think, well, let’s apply that semiconductor technology and say it belongs on a rotor! There are only a few people who can make that connection. All the effort I see in research in the brake industry is what I’ll call standard solutions, e.g., flame spraying, grinding, and wet plating.

The fact is that God gave me an earthly father (an educator/entrepreneur/physicist) that did what my father did and gave me the ability and thought process, and experience to apply this to rotors. There’s no doubt that I have been on a path and blessed with a gift from God. Everybody associated with PureForge, today and tomorrow, is part of His plan. I firmly and with all my heart believe this.

GH: The plan is well thought out and seems natural. We have three primary target audiences we want to reach. We are going after clients who can benefit immediately from our longevity technology, e.g., fleets and the aftermarket, particularly high-demand brake performance markets, racing, and RVs. Of course, OEMs, especially with EV trends and more significant regulations. We believe this EV market from an ESG, environmental, and regulatory perspective, our technology makes a lot of sense. And fleets of 100 or more vehicles have a distinct cost advantage.

We may not be everything to everybody, but we will be necessary to those who are important to us. 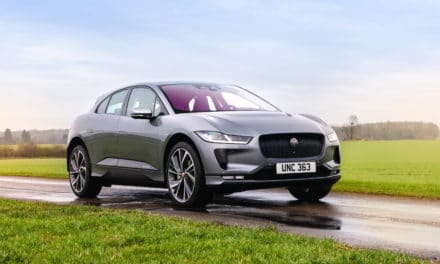 JLR’s Pierre Garnier on the State of Braking Today 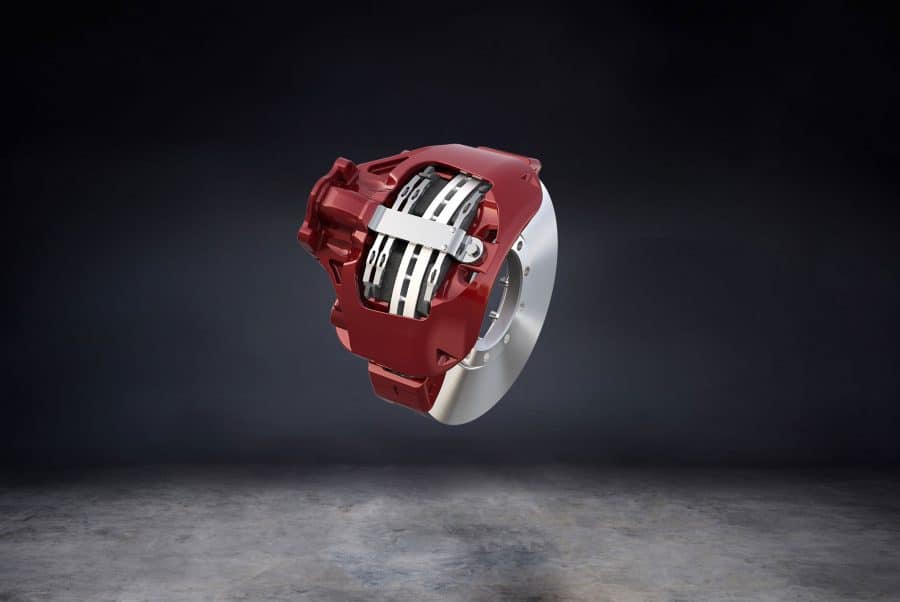 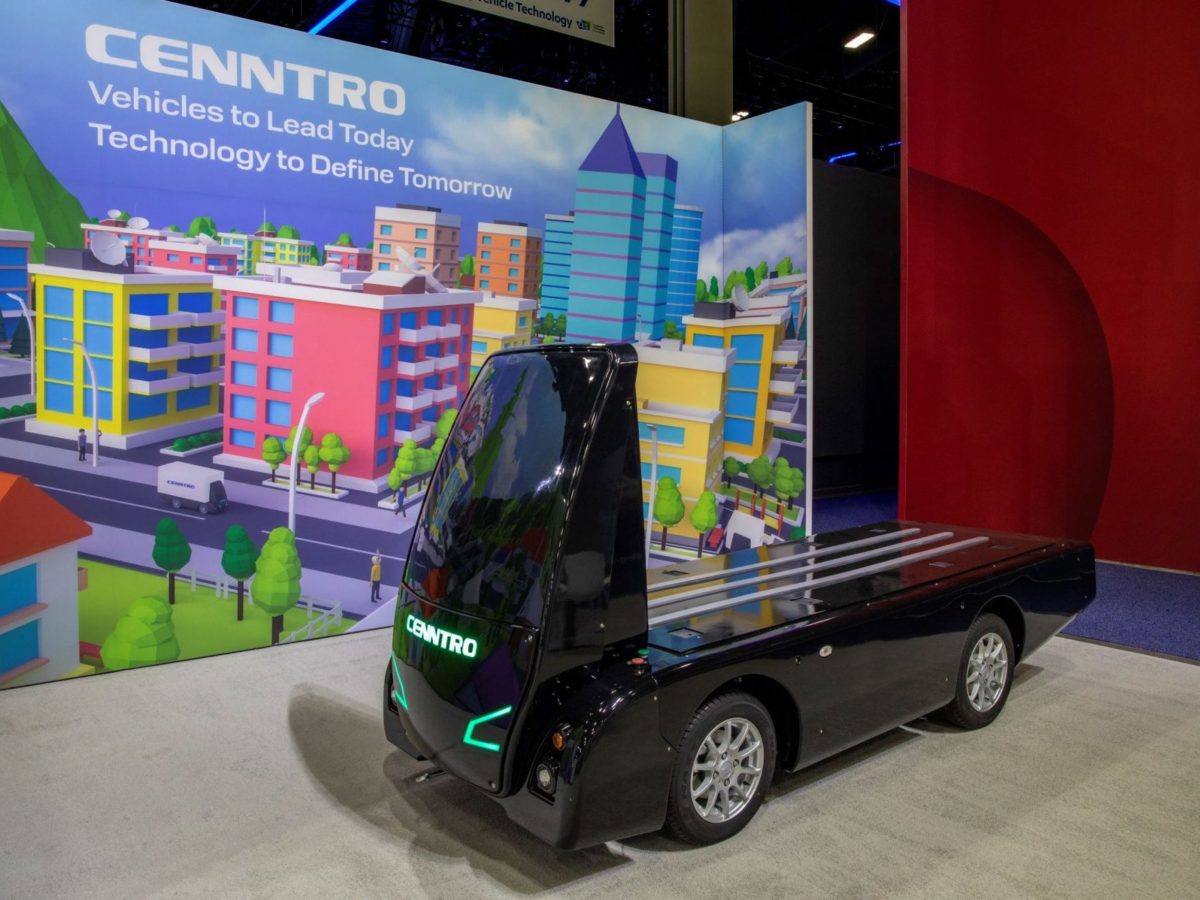