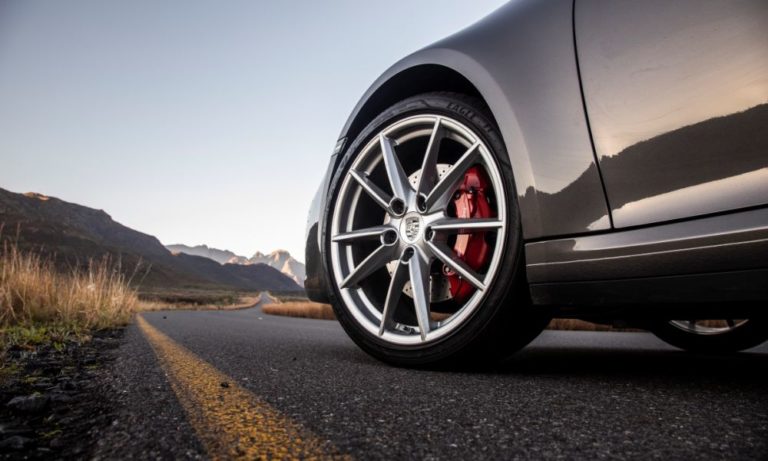 South Africa’s CAR magazine tests a diverse pantheon of vehicles every year, from two-seat supercars to three-row SUVs. Part of each test is a measure of the vehicle’s braking ability and, unlike other publications which use stopping distance to quantify braking ability, Car also uses amount of time it takes to bring a vehicle to a stop from 100 kilometers per hour (62 miles per hour). The following is excerpted from the magazine’s latest issue which documents the 10 fastest at braking in 2019 from 100 km/h. The entire article can be read by clicking on this sentence.

Here at CAR magazine, we take every new vehicle we feature to our test strip to gather data for our in-depth road tests. Sometimes, we see some pretty impressive results.

Below we have listed the best average 100-0 km/h times we’ve collected in 2019 (each vehicle goes through a punishing ten-stop procedure, allowing us to calculate its average braking time). To determine which car places higher in the event of a tie, we went back to the test results and looked at the best single braking time achieved by the vehicles in question.

Not only is this the only AMG on this list, it’s also the only hybrid (utilising a 48 V EQ Boost system in conjunction with a turbocharged 3,0-liter straight-six). The CLS53 impressively brings itself to a stop from 100 km/h in just 2.76 seconds.

Not only does the RS5 Sportback get off the line quickly, it also brings itself to a stop in short time. The five-door model was able to achieve a stopping time of 2.75 seconds. Bear in mind this figure was achieved thanks to an optional set of carbon ceramic discs.

Slowing even more impressively than its Sportback sibling (although only marginally) was Audi’s RS4 Avant, which was wearing optional ceramics as well.

Despite being a hefty sedan with a heavy V8, the Jaguar XJR 575 had no issues coming to a standstill from speed. Tipping the scales at a light-for-its-size 1.9 tons, the 575’s combination of axle-warping power and supple chassis brilliantly counters the clumsy directional weight transfer often responsible for dulling the driving experience in larger cars.

Audi’s new flagship SUV beat its smaller siblings, the RS4 and RS5, with an average stopping time of just 2.73 seconds. Ultimately, the new Q8 has plenty going for it. It’s distinct enough from its staid Q7 sibling to stand alone as a flagship model and certainly dials up the desirability factor.

Mike Geylin is the Senior Editor for The BRAKE Report. Geylin has been in automotive communications for five decades working in all aspects of the industry from OEM to supplier to motorsports as well as reporting for both newspapers and magazines on the industry.