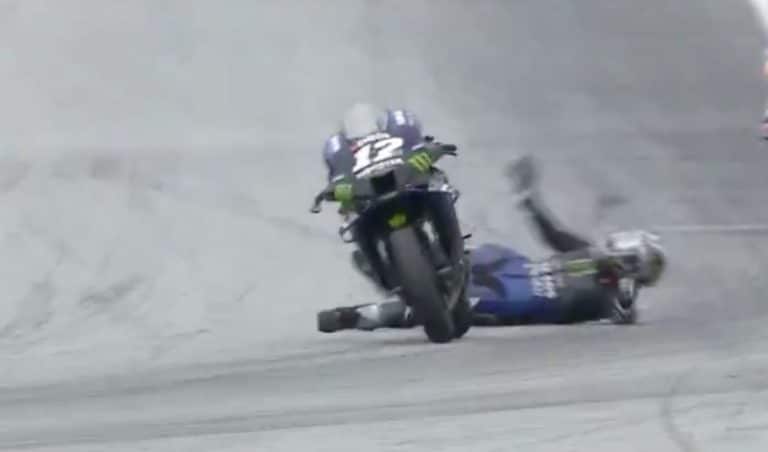 STYRIA, Austria – Maverick Vinales ignored advice from MotoGP brake supplier Brembo to run a new system for the Styrian Grand Prix after Yamaha riders suffered numerous issues in the Austrian GP, according to the post on motorsport.com.

The hard-braking nature of the Red Bull Ring caused numerous riders to suffer from overheating brakes during the Austrian GP weekend.

Brembo brought new material for the Styrian GP to cope with this and advised all teams to use it to avoid any problems during the second Red Bull Ring round.

Yamaha was hit hardest by brake problems in the Austrian GP, with Fabio Quartararo forced into a recovery ride when he ran off track and dropped to 20th,  with all M1 riders experiencing issues across the weekend.

Despite running the new material, Valentino Rossi, Quartararo and Franco Morbidelli still had some problems for the Styrian round.

Motorsport.com understands Vinales opted against following this advice, and in the Styrian GP began to suffer with intermittent brake fade.

On lap 17, his front brake failed completely at turn 1 and he was forced to jump from his Yamaha at 140mph, with the incident bringing out the red flag.

“From the fourth lap I noticed that I was running out of brakes,” Vinales said on Sunday. “I was taking precautions not to take anyone out ahead and suddenly, at Turn 1, the brake exploded.

“I couldn’t do anything and that’s why I threw myself off. It’s something that had never happened to me.”

Brembo’s email made it clear that it would not be held responsible for any issues should a rider or manufacturer disregard its advice.

Vinales’ brake failure caused a number of riders to criticize his decision not to pull out of the race if he knew he had an issue.

Suzuzki’s Alex Rins said: “If Maverick had already known for a few laps that he had run out of brakes and that is why he was raising his hand, it is normal that he would have entered the pits earlier.

“I don’t understand why he had to continue in the race.

“We are surely going to discuss it at the next meeting of the Safety Commission.”

His Suzuki teammate Joan Mir was the only other rider not to run the new brakes from Brembo, though he had no issues across both Red Bull Ring weekends.