By The Brake ReportFebruary 10, 2021No Comments8 Mins Read 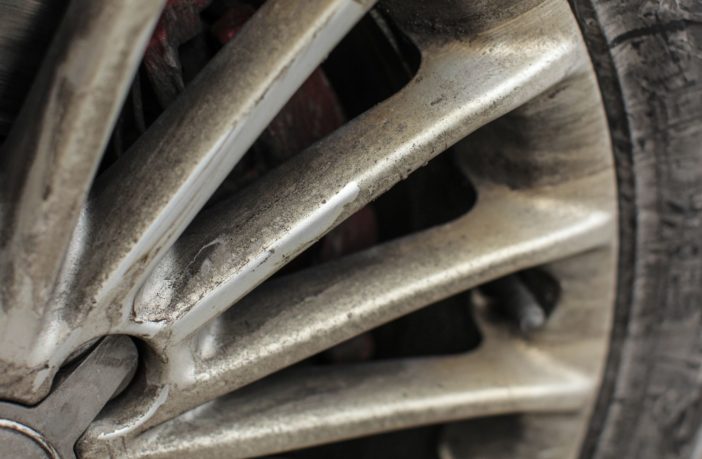 This is the second article of a three-part TBR Technical Corner article by Antonio Perez, Emissions and R&D Engineer, Powertrain Department at Applus IDIADA on brake dust emissions during real-world driving.

Here is the link to Part 1

Road transport is one of the major sources of urban pollutant emissions. The trend towards vehicle electrification is increasing non-exhaust emissions, with brake wear particles being the largest part of these emissions. Moreover, the negative effects on health caused by PM must also be mitigated. Hence, the need to study brake dust emissions behavior as well as standardize a procedure and methodology to measure them has become paramount.

In the first part of the article, an investigation of non-exhaust emissions, coming from the brake system during the novel WLTP, was introduced. Test equipment and procedures were also presented.

In this section, the results of the WLTP novel cycle are presented and analyzed. Several tests were performed with different particle measurement equipment, different flow rates, specific trips performed separately (trip 1, 2 and 10), etc. The main focuses were, on the one hand, the temperature and speed profiles of the whole cycle, and on the other hand, the outcomes regarding the brake dust emissions, such as where and why the dust was detected, which were the most severe trips, size distribution of the particles emitted, etc.

The main considerations of the tests performed, which results are shown in this sub-section, are:

The specific temperature and speed profiles reached during the novel cycle are shown in Figure 2 and Figure 3. The total time of the cycle (without soak times) and the brake dyno speed were very similar to the theoretical WLTP novel cycle defined by the EU Particle Measurement Programme (PMP). Regarding the brake disc temperature, there were considerable differences in the absolute values compared with the profile defined in the PMP group due to the dynamometer set-up (cooling system, air flow, etc.), although the trend throughout the cycle was the same as the theoretical cycle.

Figure 2 WLTP novel cycle brake disc temperature (front left) as measured by sliding thermocouple. The different trips are indicated together with the soak times (ST) between them.

The main outcomes regarding particle emissions of the brake system during the novel cycle are presented and explained in this sub-section.

Different particle emissions spikes were found during the cycle in various specific conditions. Typically, brake dust events occur during a brake application in certain conditions of brake dynamometer speed, brake temperature and pressure. In addition, some spikes were also observed in acceleration and constant speed trips that will be studied in the next section of the results chapter.

Various PN peaks during a brake event are shown in Figure 4 and Figure 5. The charts correspond to two specific moments in the course of trip 2. Furthermore, the flow rate was set at 1100 m3/h and the devices used were both the PEGASOR Particle Sensor and the HORIBA PEMS PN23 nm.

Figure 5 also illustrates four different brake events, in this case where the value of the PN spike depends essentially on the brake disc temperature and the brake dyno speed. As Figure 5 shows, the brake temperature increases from one event to the next. In the first two brake applications, brake speed is rather constant and the PN concentration increases as the brake temperature rises as well. The last two brake events, the speed decreases and, as a result, the PN concentration has a different behavior than the first two events. A further investigation must be done to see the brake particles behavior when different parameters are changing at the same time, for instance, speed, temperature or brake background status.

Looking at the absolute values of particles emissions emitted, the analysis of the particle number and the particulate matter released by the brake system during the cycle studied are presented, focusing on the most relevant trip.

The last trip of the cycle is the most severe part of the novel cycle due to a higher speed profile and more aggressive brake events which results in higher brake’s temperatures. The combination of these factors makes this trip the most significant in terms of brake dust emissions.

The total PN (#/km) emissions for both the trip 10 and the whole WLTP novel cycle measured with the HR-ELPI+ (DEKATI size distributor) are shown in Table 1 (the flow rate during the cycle was 1100 m3/h). It is important to mention the values shown are not presented as emissions factor, but as specific values obtained in the testing campaign. In addition, due to the air flow rates, temperatures are higher than in the reality and this should be considered for the PN and PM values obtained. However, the initial temperature of each trip is about 30 ºC, which is the reference temperature established by the PMP Group as well.

Table 1 shows that total PN emissions emitted in trip 10 contribute for 90% to the WLTP novel cycle’s total PN brake emissions. In addition, the total particles per kilometer value of almost 1E+11 that one single front brake system emits is, at least, comparable with the current PN emissions legislation limit coming from diesel and gasoline engine vehicle equipped with particle filter. The same occurs with the PM emissions (mg/km) shown in Table 2, where the total value is 0.19 mg/km (measured with the DEKATI’s eFilter).

During trip 10, there were various important brake dust emissions spikes, although the biggest was when the cycle speed was around 135 km/h. Together with the second-by-second PN (#/cm3, in green) and PM (µg/m3, in red) data, the size distribution (in particles per cm3) of two emissions events is shown in Figure 6.

To conclude the WLTP novel cycle results outcomes, the brake dust emissions per stop of various trips (1, 2 and 10) with different equipment (PEGASOR, PEMS PN23 nm and HR-ELPI+ devices) were analyzed.  It is well known that brake temperatures have a significant effect on brake particles number emissions and this specific effect is shown in Figure 7.

The results of different tests performed at IDIADA with different equipment have a similar trend as the results presented by the PMP group. In both cases, there is a cut-off of 160 ºC in terms of brake disc temperature, where above that temperature particles emitted by the brake system start to increase exponentially.