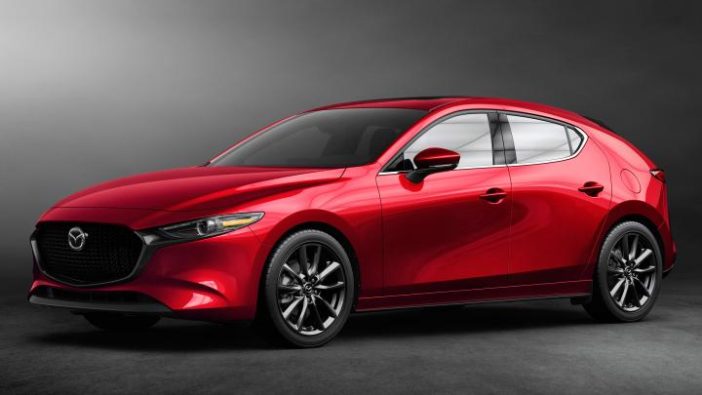 DETROIT, Mich.–Automakers over the weekend were digesting Donald Trump’s threat of levying tariffs on goods imported from Mexico, starting at 5% and escalating higher if the country does not meet a vague notion of “doing more” to thwart illegal immigration into the U.S.

Meetings in Detroit, California, Tennessee and Georgia where the automakers are based, focused on how much of the increase in costs to eat, versus how much to pass on to buyers of vehicles such as the new Chevy Blazer, Fiat 500, Audi Q5, Volkswagen Jetta, Dodge Journey, Honda Fit and HR-V, Jeep Compass, Kia Forte, Nissan Versa, Mazda3 and more.

Since the passage of the North American Free Trade Agreement in the mid-90’s made producing cars in Mexico more financially attractive, the auto industry, including parts companies, has increasingly added plants and assembly lines south of the border. That’s turned Mexico into the world’s sixth-largest country for auto production.

Automaker’s shares fell Friday and fell more in after-hours trading. Ford was down 2.6%. Fiat Chrysler fell 5%, digging into a recent surge in the stock after it pitched a merger with Renault last week. Mexican tariffs would add about $1300-$1600 to the cost to vehicles built in Mexico. Tariffs on Chinese steel and aluminum have already added over $1 billion in new costs to automakers like Ford and GM.

The majority of vehicles built in Mexico winds up being sold in the U.S., the total climbing to just under 2.7 million vehicles last year, according to the International Trade Association. GM last year sold 690,865 Mexican-made Chevy and GMC models in the U.S., 27% of the domestic sales for those brands. Fiat Chrysler’s RAM truck brand also has a huge production footprint south of the border. Cox Automotive says 39% of the RAM trucks sold in the U.S. were built in Mexico.

David Schwietert, CEO of the Auto Alliance, which represents the automakers in Washington, says, “Any barrier to the flow of commerce across the U.S.-Mexico border will have a cascading effect — harming U.S. consumers, threatening American jobs and investment.”

The tariffs are especially hurtful to companies that have made plans following the update and renewal of NAFTA that Trump’s White House signed the U.S.-Mexico-Canada Agreement last November. Trump’s tariff threat will mean trading partners need not negotiate trade agreements with the U.S. under this President.

The President is hoping the threat will force Mexico to do more to stop migrants from crossing the southern border. If not, he believes tariffs adding hundreds of dollars to the cost of a new vehicle will force automakers to move out of Mexico.

Part of the problem for companies trying to figure out where to turn is the wild card of not knowing if Trump will make good on the threat, or whether he gets re-elected in 2020. While some Democrat running might be forced politically to sustain some tariffs against China, no Democrat running against Trump will sustain a tariff against Mexico. Indeed, even some of Trump’s loyalists like Sen. Chuck Grassley of Iowa said it is a bad idea.

Companies have made enormous investments in Mexican plant, following the rules and parameters of NAFTA. While some large vehicles are now being made south of the border, most of the vehicles sourced in Mexican plants have been small cars. Because of higher labor costs and employee healthcare costs, its is impossible to make such vehicles profitably in the U.S. because of their thin profit margins.

The Trump White House has taken no notice of this reality. The anger toward production jobs moving to Mexico is also aimed at auto parts companies, appliance companies and others that have sought lower-wage production.

The next step will be industries seeking exemptions from the tariffs.