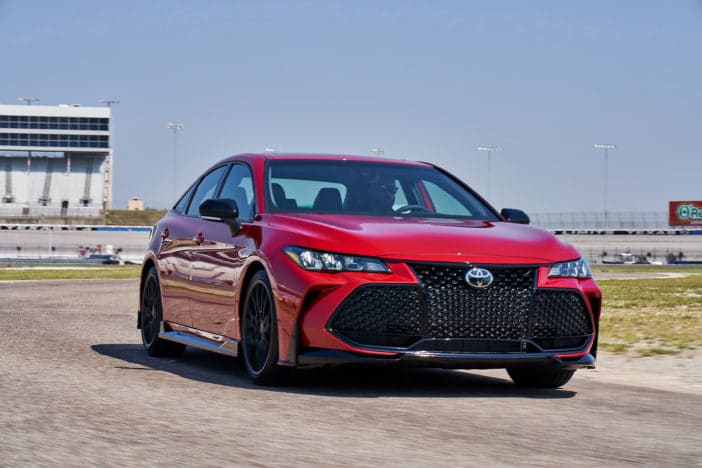 CHATHAM, Mass. – The sinister looking silver-with-black-and-red trimmed Toyota sedan in driveway was an unexpected surprise since I was expecting a straight-forward Avalon to evaluate.

I should not have been shocked because in recent years the Japanese automaker’s designs have been evolving into more aggressive cars and its marketing has been concentrating on performance and fun characteristics as the company looks to broaden its image and attract a younger buyer.

In pursuit of this goal, Toyota added a TRD variant to its Avalon (joining the extant XLE, XSE, Limited and Touring variants) and Camry range of sedans for 2020.

The Avalon TRD is much more than just paint, stripes and aerodynamic cladding – Toyota track-tuned the chassis, dropped in a 301-horsepower 3.5-liter V6 engine and added an eight-speed direct-shift automatic transmission to provide the sporting feel promised by the TRD badge.

The chassis (primary components: MacPherson-type struts in the front, multi-link in the rear) is further enhanced with stiffer coil springs and stabilizer bars for increased roll stiffness of 44 percent in the front and 67 percent in the rear. A unique set of TRD shock absorbers complete a chassis enhancement that adds to body control, handling agility, and steering precision.

Inside these wheels are front brakes which are larger with 12.9-inch diameter ventilated rotors and dual-piston red calipers, compared to 12.0-inch rotors and single piston calipers on the Avalon XSE. All Avalon versions feature 11.06-inch solid rotors in the rear along with red calipers for the TRD.

A nine-inch touchscreen dominates the center of the dashboard and, along with buttons and knobs, controls the infotainment system (AM/FM/SiriusXM satellite radio/streaming audio/Apple CarPlay) and the standard navigation system. Voice activation supplements the touch screen and buttons to control these features.

Avalon also features Toyota’s first integration of smartwatch or Amazon Alexa-enabled device connectivity, as part of Toyota Remote Connect, which were unable to review (but is worth noting). The latter allows drivers to lock/unlock the car’s doors, start the engine, or check fuel level, all from the convenience of an Apple Watch, compatible smartwatch or Amazon Alexa-enabled device. It is voice controllable and compatible with select Android or Apple devices.

The Toyota Avalon TRD was introduced as a 2020 model (which we drove) for $42,300. The 2021 models are now available with changes limited to additional exterior colors and a $575 price increase.

There are 10 versions of the Avalon, with the XLE base model starting at $35,875 and the top-of-the-range Limited Hybrid at $43,300. Our extensively equipped TRD totaled $45,410 (which included the Premium Audio system and delivery charges).

All the pieces add up to a car that is fun to drive aggressively, much more so than its size (this is the largest sedan Toyota sells in the United States) would lead you to believe. There is plenty of room for four, legitimate room for a fifth, middle passenger, in the rear for short trips, and a sizable trunk to carry everyone’s stuff.

Despite the Avalon’s size, the federal Environmental Protection Agency rates the sedan at 22 miles per gallon in the city, 31 on the highway and 25 combined. Our rather aggressive (funny, that is the word which keeps coming to mind as I think about my week driving the Avalon TRD) still returned a terrific 29.9 mpg!

Toyota vehicles, especially the sedans, have a reputation for value, quality and reliability. The Avalon, now in its 25th year and fifth generation, continues this tradition and can provide a fun-to-drive package with the capabilities of any large sedan. This is no longer a vanilla sedan, but a car built to demonstrate that its sporting looks are more than skin deep. 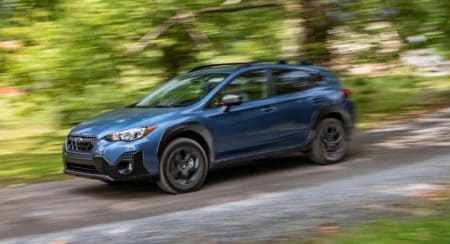 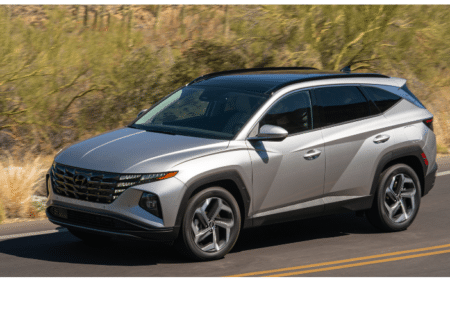 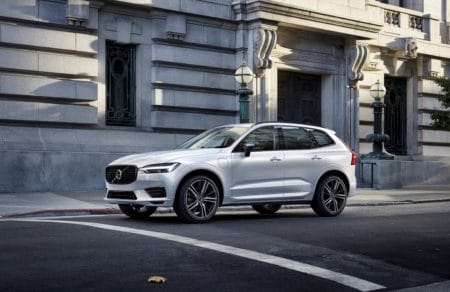