This article suggests how targets could be set for a vehicle equipped with a redundant braking system. This study is mainly focused on understanding and validating how failures affect the general performance of the vehicle. It primarily shows how partial system failures (ESP, EPB, IEB) affect the general braking performance, mainly in terms of deceleration, stopping distance, front/rear modulation, on slope braking performance and finally time-to-lock.

In this 3rd and last part of the article, a series of test metrics for redundancy levels evaluation is finally presented.

This exercise allows measuring the level of demand of the primary metrics proposed on the one hand, and the necessary system improvements to be able to eliminate the gap to them on the other.

The different levels of requirements are detailed below to facilitate the understanding of the subsequent analysis:

Thus, the metrics are defined as follows:

This work is presenting a set of values, which allows the evaluation of redundant braking systems. The values and metrics are quite traditional and understandable. The engineering effort corresponds with the selection of simple reliable metrics and the definition of the target value when dealing with partial system failure (redundant braking systems). This target should be robust, reliable but also technically achievable.

An additional refinement work on this target value should be achievable and the increasing level of driving autonomy for standard passenger car vehicles should make it easier to benchmark it.

Deaglán Ó Meachair established Brakebetter.com to improve the efficiency of the planet’s electric vehicle fleet, by offering the automotive industry the insight and support required to move from legacy systems and grasp the vast potential available through electrification. 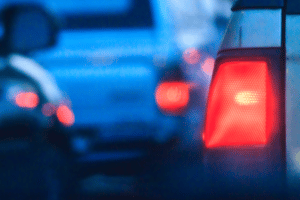