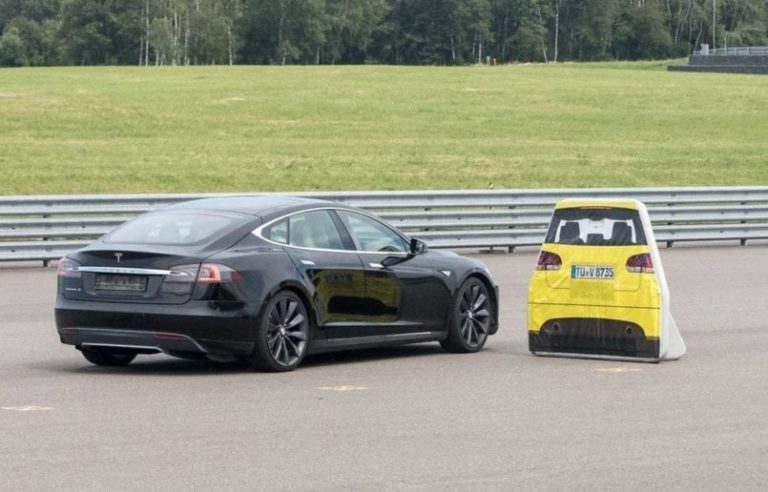 Tesla has extended its 5-star safety rating it enjoys in the U.S. streak to Europe.

The European New Car Assessment Programme (Euro NCAP) awarded the Model 3 its highest rating of five stars. And you can watch a video of Euro NCAP’s crash test below.

This video shows how Tesla scores so high on these tests.

The testing measures four areas: how the vehicle protects adults and children, how it treats road users like pedestrians and cyclists.

Tesla has long achieved high safety ratings. The vehicle’s architecture is very rigid and engineered to protect occupants without a lot of structure devoted to the engine upfront. The location of the battery also gives the Model 3 and other Teslas a low center of gravity, which reduces rollover.

The Model 3 earned a 96% score for how it protects adults and 86% for crash test performance in keeping children safe. Model 3 scored 74% for how the vehicle avoids vulnerable road users.

But it’s the safety-assist score, which rates the standard safety features in the vehicle, where the Model 3 excels. Euro NCAP did not test Tesla’s Autopilot, the driver assistance system that includes adaptive cruise control, can change lanes and keeps the car in its lane.

The safety-assist assessment focuses on active safety features such as automatic emergency braking system (AEB) and tech that prevents drivers from drifting into another lane. The Tesla Model 3 earned the highest safety assist score ever awarded by Euro NCAP under its newer 2018-2019 testing protocols.