By The Brake ReportOctober 21, 2020No Comments2 Mins Read 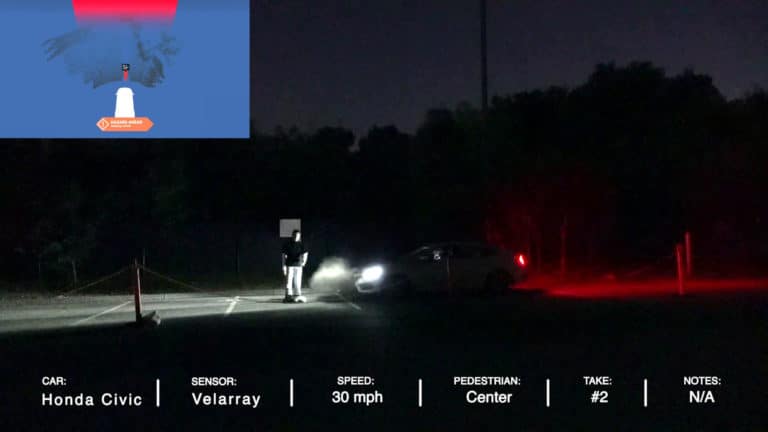 SAN JOSE, Calif. — Velodyne Lidar, Inc. (Nasdaq: VLDR) has published a white paper calling for independent performance testing of driver assistance systems (ADAS) to be expanded to include dark nighttime scenarios. The change would address a gap in current testing protocols that primarily looks at daytime conditions and largely overlooks the risks to pedestrians from driver assistance systems that perform poorly in dark nighttime conditions.

More than 6,000 pedestrians are killed every year in traffic-related crashes in the United States with the vast majority of fatalities occurring in dark conditions. To address these tragedies, most new vehicles offer advanced driver assistance systems (ADAS) equipped with Pedestrian Automatic Emergency Braking (PAEB) as a standard or optional feature.

PAEB systems provide automatic braking for vehicles when pedestrians are in the path of the vehicle’s travel and the driver has taken insufficient action to avoid an imminent crash. However, current systems utilizing camera and radar technology frequently fail to protect pedestrians in dark conditions according to independent testing by the National Highway Traffic Safety Association (NHTSA) and the American Automobile Association (AAA).

To reflect real-life conditions, the white paper proposes expanding future PAEB testing protocols to include tests conducted in dark, nighttime conditions. The new tests would be conducted in less than one lux ambient illuminance, using low-beam headlights and without streetlights. This change would provide the public with useful information on the performance of pedestrian detection systems in low-light conditions that occur on roadways.

To demonstrate how expanded testing would work, the white paper details the results of nighttime PAEB tests conducted by Velodyne. The tests evaluated a highly-rated PAEB system using current camera and radar-based technology and Velodyne’s PAEB system that uses Velodyne’s lidar sensors and Vella™ software. In these nighttime conditions, the camera and radar-based PAEB system failed in all five scenarios while the lidar-based system avoided a crash in every situation tested.

The entire announcement can be viewed by clicking HERE