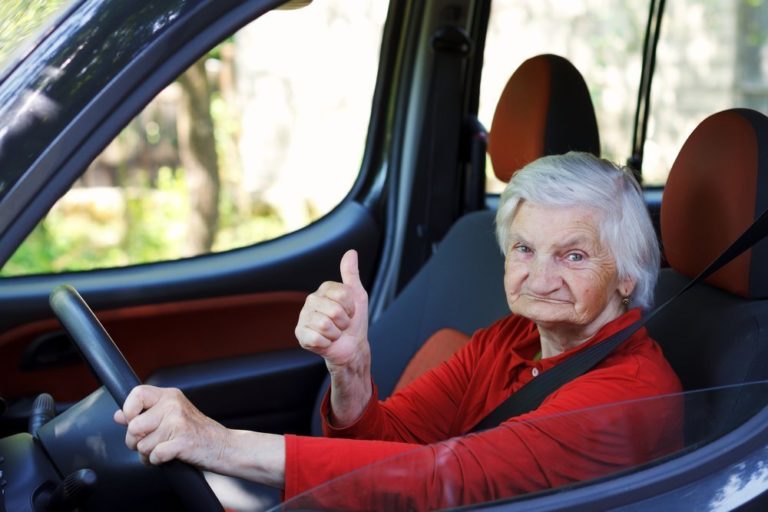 Japan is dealing with its aging population and traffic safety by requiring elderly drivers to have vehicles fitted with advanced automatic braking systems. The move comes after a series of accidents involving children, according to proposals announced in Tokyo on Tuesday.

The measure is among a series of recommendations put forward by the government to reduce the frequency of accidents involving elderly drivers who press the gas pedal instead of the brake and plowing into pedestrians.

Under the plan, older drivers will only be granted a license to drive a car that is fitted with sensors that detect obstacles close to the vehicle.

In the event that a driver suddenly hits the accelerator, the system assumes assume the driver has made an error and automatically apply the brakes.

The government is also looking at proposals that would ban vehicles from areas around schools, encouraging the use of car-sharing services, and improving public transport for the elderly.

The proposals were approved at a cabinet meeting of the Japanese government on Tuesday, and the transport ministry has now been charged with drawing up details of the plan by year-end.

One such terrible accident involving 87-year-old Kozo Iizuka last April involved the man losing control of his car in the Ikebukuro district of Tokyo, driving through red lights and pedestrian crossings, killing a woman and her daughter who was on a bicycle.

Also last April, a 74-year-old woman was arrested in Fukuoka Prefecture, in southern Japan, after she ran down two elementary school children.

The total number of traffic deaths in Japan hit a record low for a second consecutive year in 2018, according to the National Police Agency, with 3,532 road deaths during the year, down 162 on the previous year.

The number of fatal accidents caused by people aged 75 or older increased during the year, however, up by 42 cases to 460.

One of the issues with elderly drivers is that they rend to hold on to cars longer as they get into their 70s and 80s when they are watching their money. That means they are not only not buying new cars with the latest tech, bit they are holding onto the old ones longer.

One of the issues the Japanese government will have to investigate is whether they are enacting age discrimination. To get this measure through, they might need to establish a date certain to require the systems be on all new cars for all ages.

Police statistics indicate that the biggest single cause given for an accident occurring was the elderly driver becoming “confused” between the vehicle’s pedals.

Revisions to Japan’s Road Traffic Law went into effect in 2016 and require anyone over the age of 75 to obtain a certificate of competence to drive when they renew their driving license every three years.

The tests are designed to identify drivers whose memory or judgement are impaired, while any older driver involved in an accident is also required to undergo the test.

Such tests or laws requiring special certification for the elderly are dead on arrival politically. People over the age of 65 vote disproportionately than people under 65. Office holders are loathe to make this group angry. But some states like Michigan, Alaska, California, Hawaii and others have changed laws so that elderly cannot renew their licenses by mail and that family members, medical professionals and even neighbors can request that an individual be given a new driving exam if they feel the person is compromised or unable behind the wheel.