Part one can be found by clicking on this sentence.

Part two can be found by clicking on this sentence.

ADELANTO, Calif. – This study reveals an advanced methodology and testing capability, rarely performed in the industry: the measurement of the brake disc thickness variation (DTV) on-vehicle, during real operational conditions, and its correlation with the brake judder subjective evaluation, is a clear improvement in the brake NVH field.

During the two first parts of this article, the problem and the testing methodology have been introduced, while some initial results have been already discussed. This third part continues with the presentation of results.

Interaction with the subjective evaluation:

The consequence of this process also results in a subjective perception evolution. The disc shape generates a vibration which is transmitted to the whole body. This evolves during the test cycles, as the involved components keep changing. During the study, every single snub was subjectively assessed by an experienced driver, who was noting the perception felt (brake judder) on the brake pedal, steering wheel and body. The global rate evaluations (averaging the three different areas) are summarized below, with a criteria going from 1 to 10, being 10 total absence of vibration felt and 1 the highest:

This evaluation reflects the driver perception (of brake judder) during each brake application. Considering this period, a correlation can be made with the rotor DTV values measured. The result reflects a clear relationship between them, getting almost no bad rates for low values of DTV, and getting much worse ones for bigger deformations of the rotor. In addition, the correlation results are more accurate when considering only the highest DTV values achieved for each braking. This is coherent with the method of evaluation of drivers, who mainly base their perception on the maximum peaks of vibration felt, produced when the rotor achieves its maximum peaks of shape deformation.

Interaction with the vibrational objective measurement:

This vibration can also be characterized objectively, by means of accelerometers located strategically in different areas of the vehicle. The signal received from these sensors also help to analyse more precisely the vehicle response and allows us to find some relationship with the DTV outputs. The result, as in the previous subjective assessment, is a direct influence of the level and variation of the rotor’s shape to the excitation of the rest of the vehicle. The graphs below show an example of this interaction between the source (DTV fluctuation) and the measuring areas (in this case, steering wheel and vehicle chassis). They refer to the first stop of the hot brake test cycle, and the analysis is focused on the steady state of the braking snub, that is during the stabilized section of the brake application where the driver keeps a constant pedal actuation while perceives the response on the vehicle

The bottom left hand graph shows the evolution of the peak-to-peak values obtained on the DTV curves measured during the brake application. As shown on previous graphs, the trend increases as the brake is applied and the temperature rises. The right hand graphs show the signal reading and post-processing of two accelerometers, placed in the steering wheel and seat rail. Each signal is analysed through an order decomposition (up to the fourth), in order to see the amplitude progress of each of them during the braking test.

As demonstrated until now, the disc shape evolves during the brake actuation, causing a complete new condition and different excitation to appear during the test. In this case, this evolution can also be noticed during one single application, with different peaks appearing and producing a reaction on the vehicle. This situation is mainly detected at around 900 rpm (120 km/h) of the snub shown above, where an outstanding peak on the rotor’s DTV is clearly transmitted in different areas of the vehicle (points also judged subjectively by the driver).

Another interesting output from the disc thickness variation and its shape, providing additional and valuable information from the component structural evolution, is the order analysis. In the same way as done on the accelerometer signals post-processing, a breakdown by orders can be carried out using the DTV curves as inputs. Usually a new or non-worn rotor shows a flatness which is translated into a low DTV amplitude (absolute and on its orders breakdown too). Once the wear starts, some specific orders start to increase, both in amplitude and predominance among the others; a typical disc wear generation, produced by the pads constant friction during long off-braking routes, shows a 1st order predominance, as the wear is localized in one area of the circumference. However, uneven wear and thermo-mechanical deformations may also affect to the disc shape, projecting higher orders into the contour. For instance, discs with hot spots show patterns of fourth, sixth or even eighth order influence.

In this study, the disc used for the hot brake test was taken from a complete new batch and previously bedded for adequate effectiveness preparation of the brake parts. In previous sections the focus was made on the peak-to-peak values of the DTV, whereas now the emphasis will be put on the shape. Figure 10 shows this clear visual evolution, with a comparison between the initial DTV curves and the ones got during the brake applications of the hot cycle. Its progress and the final gap between the first and final snub, reflects the rotor specific behaviour under thermo-mechanical stress.

As seen in the graphs, there is a progressive increase in one specific range of the rotor circumference (between 60 and 360º). Instead of multiple spots with different deformations appearing, the trend affects a wider area of the rotor. The translation of this fact into the order analysis of each curve is that there is a big growth of the 1st order on the DTV, whereas the higher ones stay moderately stabilized.

Additionally, this behavior also matches with the previous vibration signals detected, where the first orders showed predominance in both steering wheel and chassis response. These results provide very advantageous information with regards to the disc component behaviour, as they help to understand the way in which the rotor is responding under the testing stress. The different ways that the disc can be deformed is also a reflection of the component design process, which can be consequently re-adjusted in order to obtain a better performance.

With more than 25 years experience and 2,450 engineers specializing in vehicle development, Applus IDIADA is a leading engineering company providing design, testing, engineering, and homologation services to the automotive industry worldwide. 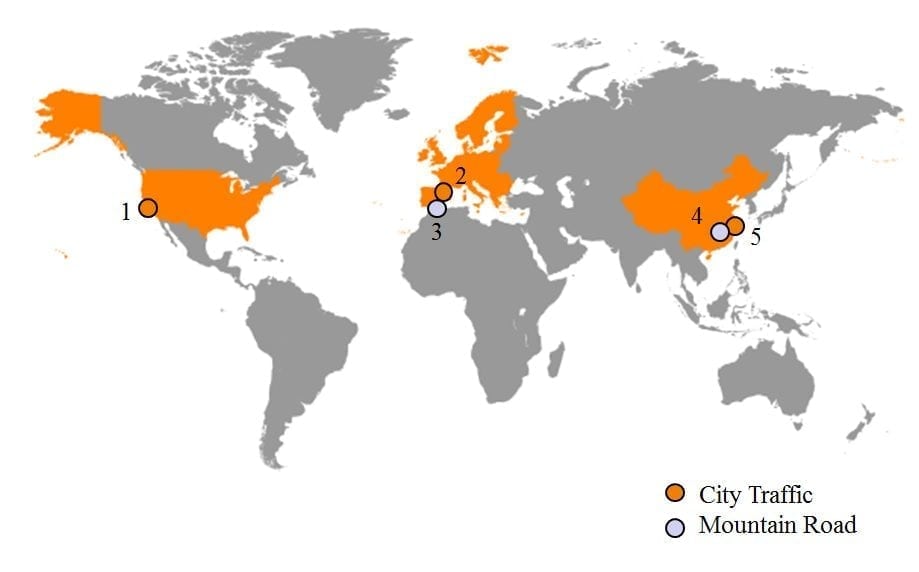 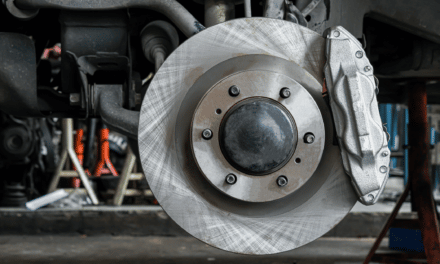 The Evolution of Brake Pad and Rotor Emissions