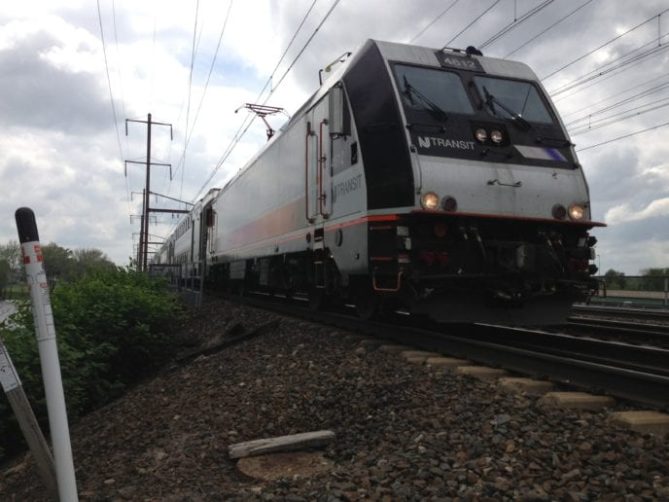 Trenton, NJ – New Jersey Transit is withholding the growing cost of one of its biggest-ever capital projects, an emergency rail-braking system ordered by Congress.

In 2017, the so-called positive train control system had a cost of at least $320 million, more than double what was forecast in 2011. It’s not clear how much more has been spent, as NJ Transit redacted dollar figures from contracts released last week to Bloomberg under a public records request.

Governor Phil Murphy took office in January 2018 with a pledge to turn around NJ Transit, whose budget cuts under former Governor Chris Christie coincided with increased crowding and lateness and slipping safety. Against all odds, Murphy made a a December 31 deadline to complete a major component of the braking project, designed to override inappropriately high speeds.

The race to meet the date, set by Congress in 2008 after a series of deadly Amtrak wrecks, led to unprecedented NJ Transit train cancellations as engines were sidelined for software installations. In recent weeks, NJ Transit commuters’ social media have documented delays, cancellations and equipment failures amid a series of heat waves.

Last month NJ Transit agreed to a Parsons change order, at least the eighth, for a price that remains under negotiation, the agency said. While the information wasn’t disclosed, there are signs of escalating costs for the agency, whose service is crucial for those with New York City jobs.

The railroad on Aug. 2, 2018, canceled penalties of as much as $7,500 per day assessed to Parsons for failing to hit milestones, according to the released documents. Those payments had a $25 million cap. NJ Transit is withholding the canceled total as well as a renegotiated per-day penalty.

NJ Transit on Aug. 31, 2018, also approved a change order with another contractor, Kansas City-based HNTB Corp., for services including “staff augmentation and consultant support.” That amendment, with fewer redactions, brought the total to $39.1 million, a more-than-tenfold increase in the contract’s value when awarded in 2010.

Forty-one U.S. railroads were ordered to make their trains safer with a rail-braking system, and NJ Transit was among the most at risk of missing deadline, according to the U.S. Transportation Department. Dozens of railroads, including NJ Transit, have until December 2020 to have their braking systems fully operating.

Parsons, the main contractor, had warned NJ Transit multiple times that the rail-braking system project was in rough shape, according to documents acquired by Bloomberg last year. For three years, Parsons had “repeatedly made requests” for promised drawings, manuals and charts and eventually was given material of limited use, according to a March 15, 2016, letter it wrote to the agency.

New Jersey’s public-records law states that agencies “must ordinarily grant immediate access” to documents including contracts. NJ Transit delayed Bloomberg’s request for the HNTB change order for nine months and the Parsons documents for 18 months, saying it was working with the contractors to make redactions among 300 pages. The law allows companies to protect proprietary information.

Some change-order amounts were listed on NJ Transit board-meeting agendas and discussed in public, then blacked out in the released contracts. On Jan. 11, 2017, for example, the board approved a Parsons contract amendment for a maximum $32.5 million, for a total-authorized-to-date of $205.9 million.

At least twice, though — most recently on July 17 — NJ Transit voted to approve Parsons amendments “at a cost not to exceed the amount discussed in executive session.”

NJ Transit’s media-relations staff said that to date, Parsons was authorized payments of $210.3 million. Spokeswoman Lisa Torbic said the July 17 amendment figure “is still being negotiated with the contractor, which is why it’s not open to public discussion at this time.” 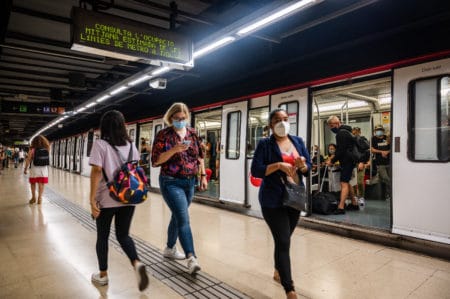