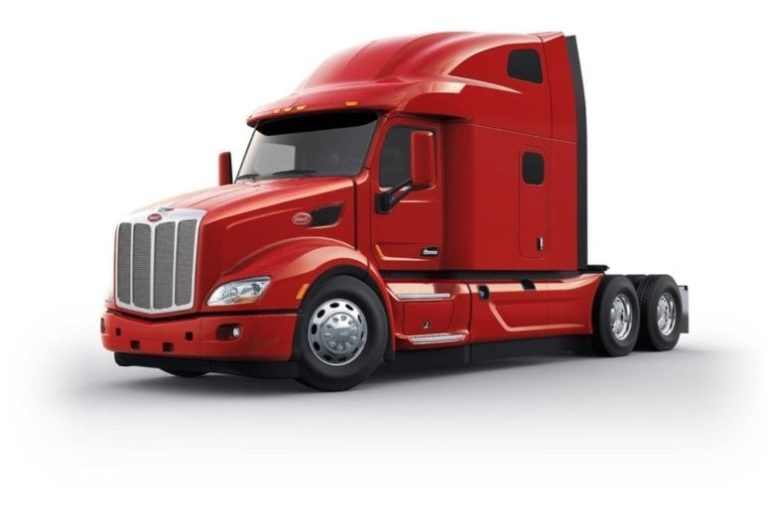 “For the better part of a decade, Bendix and Peterbilt have continually worked together to maximize the safety, reliability, quality, and performance of the Model 579: It’s been blazing trails since its launch, and we’re excited to see our cutting-edge Wingman Fusion in standard position,” said Scott Burkhart, Bendix vice president – sales, marketing, and business development. “We’re proud to share Peterbilt’s commitment to making highways safer for everyone, and to help them build trucks to fulfill that mission.”

Wingman Fusion integrates and advances a proven suite of Bendix safety technologies – radar, camera, and the vehicle’s brake system – into a comprehensive driver assistance package, capable of alerting a driver and decreasing the vehicle’s speed significantly, as compared to previous systems, which helps mitigate potential collisions or lessen their severity.  Because it is built on the foundational technology of the Bendix® ESP® full-stability program, Fusion also helps drivers avoid additional crash situations, including rollovers, loss-of-control, and sideswipe crashes.

In addition to its new standard position on the Model 579, Bendix® Wingman® Fusion™ is also available on Peterbilt’s vocational Model 567. Peterbilt has also offered Bendix ESP as standard on most of its Class 8 tractors – including the 579 – since 2012.

“From their foundational technologies to the latest safety offerings, these are proven systems that fleets and drivers are ordering in ever-increasing numbers – and they’re making a positive difference every day on the roads,” said Robert Woodall, Peterbilt’s assistant general manager of sales and marketing. “Being an industry leader in the heavy-duty truck market means putting drivers at the wheel of the safest trucks Peterbilt can manufacture; and when we team up with Bendix, we know that’s just what we’re going to do.”

The Bendix® ADB22X™ air disc brake has also been standard equipment on Peterbilt Class 8 steer axles since 2012, and on all axles of the Model 579 since December 2017. The Bendix AD-IS® air dryer with Bendix® PuraGuard® oil-coalescing cartridges is in standard position on all Class 6-8 air-braked Peterbilt vehicles.

Other Bendix equipment available as Peterbilt-installed options include the SmarTire® Tire Pressure Monitoring System (TPMS) by Bendix CVS; the Bendix® EverSure® Spring Brake with the No Touch™ Power Spring; and the Bendix® Versajust® LS™ Slack Adjuster with the WearMax™ Clutch.

Bendix Wingman Fusion combines and cross-checks information from multiple sources, enabling it to deliver enhanced rear-end collision mitigation, adaptive cruise control, lane departure warning, overspeed alerts and action, stationary object alerts and braking on stationary vehicles. Through deep, multisystem integration of incoming information from the forward-facing radar, forward-facing camera, and the vehicle’s brake sensors working together, and not just in parallel, Fusion™ creates a highly detailed and accurate data picture, and comes together as a robust system that is much greater than the sum of its parts.

Along with powerful next-generation computing, these combined technologies are the heart of a system that typically assesses situations faster and reacts earlier, while also reducing significantly instances of false alerts and false interventions – especially when compared with radar-only collision mitigation systems, and prioritizing alerts to help reduce driver distraction. Active interventions include the capability to reduce the throttle, engage the engine retarder, or apply the foundation brakes.

The system’s camera is powered by the Mobileye System-on-Chip EyeQ processor with state-of-the-art vision algorithms.

“As advanced as these systems are, Bendix is all about supporting – and not replacing – North America’s truck drivers,” Burkhart said. “Drivers remain in control of the vehicle at all times. No safety technology can take the place of a safe, alert driver who is exercising safe driving habits and is supported by ongoing, proactive training.”

Bendix’s ever-growing portfolio of advanced technologies delivers on safety, plus other areas critical to fleets’ success. By improving vehicle performance and efficiency, and providing unparalleled post-sales support, Bendix aims to strengthen returns on investment in equipment and technologies that help fleets and drivers lower their total costs of vehicle ownership and lead to safer trucks and roadways.