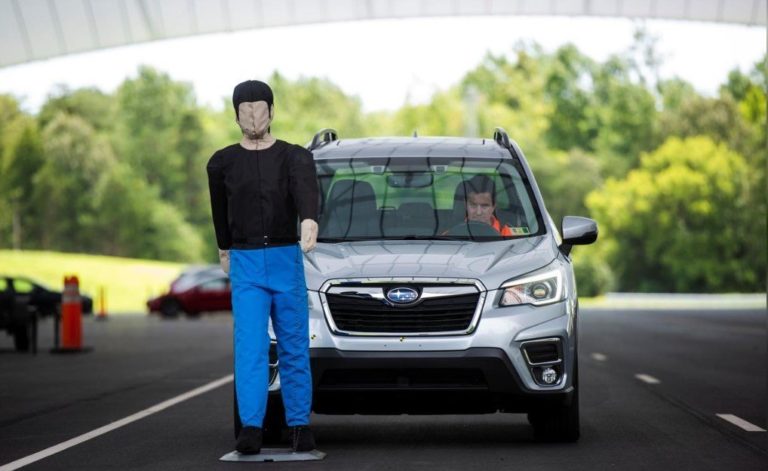 RUCKERSVILLE, Va. – Automakers are accelerating the rollout of technology designed to avoid crashes, but insurance companies are waving a caution flag at consumers eyeing discounts for buying collision-avoiding brakes or automated cruise control.

The global market for advanced driver assistance systems, known in the industry as ADAS, is expected to reach more than $67 billion by 2025, growing more than 10 percent each year. A group of 20 carmakers has pledged to outfit almost every new vehicle with forward collision warning and city-speed automatic emergency braking by 2020.

Government mandates to install technology such as collision avoiding automatic brake systems are driving the market, as is the promise of profits for these higher-margin vehicles.

“Anybody that has been in a car with advanced safety solutions is not going to go back,” Kevin Clark, chief executive of auto technology supplier Aptiv PLC told Reuters. The cost for advanced safety systems – automatic braking, lane keeping and automated cruise control – can be relatively low to the automaker, between $500 to $1,000 per vehicle, Clark said.

“The (manufacturer) can price for it and consumers will pay for it,” he said.

Aptiv expects to book more than $4 billion in new ADAS business this year. “We have gone from five customers just a few years ago to I think we’ll have north of 20 in a couple of years from now,” Clark said.

The insurance industry’s perspective is different.

Personal auto insurance, while traditionally a low-margin business, provides the largest amount of liquidity to insurers, generating more than $244 billion in 2018 direct premiums in the United States alone, data by the National Association of Insurance Commissioners showed. Motor insurance is also seen as a way for insurance companies to cross-sell other, more lucrative products to customers.

According to Swiss Re AG, the world’s largest auto reinsurer, and mapping company HERE, ADAS has the potential to reduce motor accident frequencies by up to 25%, cutting global insurance premiums for fully ADAS-equipped cars by $20 billion by 2020.

But U.S. insurers said they currently do not have sufficient data to validate auto industry promises of safety benefits from automated driving systems.

They cite car manufacturers’ reluctance to provide detailed information on models sold with those features, a lack of consistent standards, drivers’ unpredictable use of the systems and higher repair costs.

“We’re not going to go against the data and create any type of false discounts for the purposes of marketing at this point. We just want to make sure the rate is reflective of the risk that it brings,” said Steve Armstrong, a vice president of Allstate Corp’s pricing department, one of America’s largest insurers.

Shantelle Thomas, also a vice president at Allstate’s pricing department, said insurance rates will reflect benefits and costs of modern auto technology in the next five years, but will not necessarily be presented as discounts.

The sentiment was echoed by other insurance providers.

“We’re stuck in a murky in-between,” said Jennifer St. John, national auto claims leader at Westfield Insurance. “ADAS have shown to provide real world benefits, but there really isn’t a great deal of commonality in terms of what’s out there.”

Insurers pointed to higher repair costs as a risk. Sensors and cameras central to automatic driving systems are mostly installed in a car’s bumper or windshield. Research by AAA has shown repair costs for even minor collisions can double if such sensors are damaged.

“There’s no such thing as a $300 bumper anymore. It’s closer to $1,500 in repair costs nowadays,” said Richard Lavey, executive vice president at The Hanover Insurance Group.

State Farm in a statement said it did not offer discounts specific to advanced driver assistance systems and that future rates would be shaped by a variety of factors, including safety, regulation, underwriting, liability and repair costs.

With new automated driving features being released on a rolling basis, insurers said it is difficult to keep up.

Forward collision warning with automatic braking has been found to have one of the greatest safety benefits among various driver assistance systems. The Insurance Institute for Highway Safety concluded in a recent study that automatic braking could reduce front-to-rear crashes with injuries by 56%.

But most ADAS features are still sold as optional equipment, making it impossible for insurance companies to validate which features ultimately end up on a specific car. Insurers are reluctant to trust car buyers to correctly identify what technology their vehicle has on board.

Advanced safety features not only differ in performance and description among different manufacturers, but even among models by the same automaker, according to research by IIHS and its UK equivalent Thatcham Research, which conduct road tests to evaluate safety tech performance.

“The only way you can adequately price is by getting more data to understand what a vehicle has and whether it makes a difference,” said Matthew Avery, Thatcham’s research director.

Automakers and insurers said they are dealing with the data issues. General Motors Co has a team working on ADAS and insurance, according to Barry Engle, head of GM’s North American operations.

Engle said he expects with better information, the insurance industry would respond positively. “To the extent that they are not, collectively we need to do a better job of communicating with one another,” he said.

Swiss Re is leading efforts to develop a global ADAS risk score and a mechanism allowing carmakers to supply data to Swiss Re, which in turn will recommend discounts to auto insurers.

“If we say these cars are safer, insurers are more prone to believe us as we take part of the risk” as a reinsurer for consumer-facing auto policy writers, said Sebastiaan Bongers, Swiss Re’s head of products and technology.

Bongers believes reductions in accident frequency and severity will eventually offset higher repair costs. But he said lower premiums could result in temporary liquidity problems in the insurance sector in about ten years.

Swiss Re so far has partnered with Germany’s BMW and is in talks with more auto manufacturers to develop a comprehensive system.