According to the 2018 Continental Mobility Study, advanced driver assistance systems are proving extremely popular: For example, around two thirds of motorists in Germany, the U.S.A. and China would use a system that helped them to negotiate narrow road-construction zones. Approval rates have remained more or less stable in Germany and the U.S.A. over the last five years, and have risen from 55 percent to 68 percent in China. 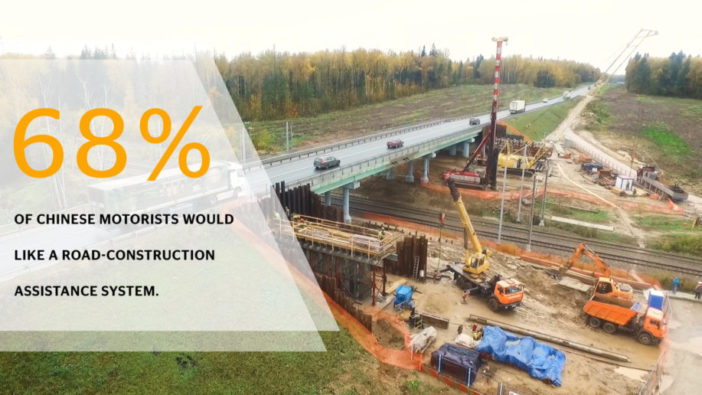 “Advanced driver assistance systems increase safety and have already prevented many accidents. Emergency brake assistance systems are invaluable when it comes to avoiding rear-end collisions. The anticipatory system identifies an impending risk, warns the driver and supports emergency braking or brakes itself if the driver does not respond in time,” says Frank Jourdan, member of the Executive Board for Continental and responsible for the Chassis & Safety division.

In the 2018 Continental Mobility Study, almost half of motorists in Germany, the U.S.A. and China and a third of Japanese drivers admitted to being involved in rear-end collisions. One in five American motorists also admitted to having been involved in an accident resulting in personal injury; this figure was one in seven in Germany and almost one in ten in China. Respondents were just as likely to report an accident involving collisions with animals and serious damage to the vehicle as a result – one in five in the U.S.A. and Germany, one in seven in China and one in twelve in Japan. “Every accident is one too many. Thanks to our components and systems, we are playing a major role in enhancing road safety. For many years, we have been pursuing our long-term Vision Zero strategy. We will have achieved Vision Zero only when there are no more traffic fatalities, injuries or accidents,” adds Jourdan.

For the 2018 Continental Mobility Study, the technology company commissioned infas, the market and social research institute, to conduct a representative survey of drivers in Germany, the U.S.A., Japan and China. Experts from the world of science and research as well as from the automotive industry were also interviewed. This makes the study one of the most comprehensive of its kind worldwide on the acceptance of advanced driver assistance systems and automated driving.