Is Your Company Supporting B.R.A.K.E.S? 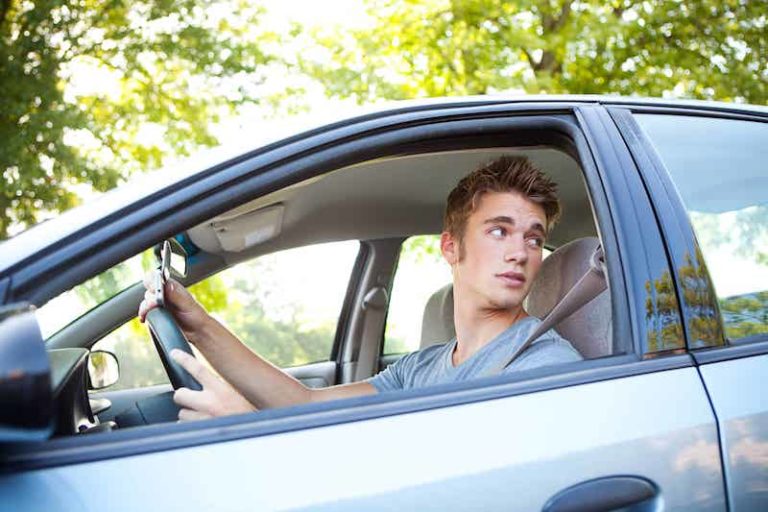 From The Ft. Wayne Journal Gazette

FORT WAYNE, IN–Sometimes, former professional drag racer Doug Herbert still has to leave the room. He can’t watch the opening video at sessions of the safe-driving class he’s bringing to Fort Wayne next weekend without tears.

One morning in January 2008, Herbert’s two boys were driving to McDonald’s for breakfast when they were in a horrific head-on collision. The video begins with the story of the deaths of 17-year-old Jon and 12-year-old James, two of the many teenagers who die in auto crashes every year.

Despite safer cars and decades of awareness efforts, it’s still the leading cause of death for young people.

In the wake of the tragedy, Herbert, a champion driver in National Hot Rod Association events, started a program to teach safe-driving techniques to his boys’ friends. “For the first year Doug did it by himself and funded it out of his own pocket,” Herbert’s wife, Mimi Sabates, said in an interview Wednesday. Today, Herbert’s teaching program – underwritten by grants, donations and corporate sponsors – has grown into a nonprofit that conducts free sessions in cities across the country.

B.R.A.K.E.S has traveled to 18 states and trained almost 36,000 teen-agers from 43 states, according to Sabates, who serves as executive vice president of the organization. The acronym, suggested by students, stands for “Be responsible and keep everybody safe.” Training is done by a team of professional drivers using a fleet of vehicles supplied by Kia.

The four-hour course is designed to supplement traditional driver’s education by giving young drivers hands-on instruction on situations that often get young drivers into trouble.

While students are getting instruction, Sabates said, parents are given tips on the latest technology and rules and how to be effective safe-driving coaches themselves. “Some of our biggest ‘aha’ moments are with the parents,” she said.

B.R.A.K.E.S. requires participants to be between the ages of 15 and 20 with at least 30 hours of driving experience. They should bring a valid learner’s permit or driver’s license and at least one parent or guardian.

A $99 deposit helps ensure students who sign up show up for their session, Sabates said, but the check is returned uncashed after the session unless parents want to make it a tax-deductible donation.

Herbert’s vision to keep young drivers safer seems to be having an effect. A University of North Carolina researcher who studied students who took the course found they were 64% less likely than their peers to have an accident in the three years after the training.