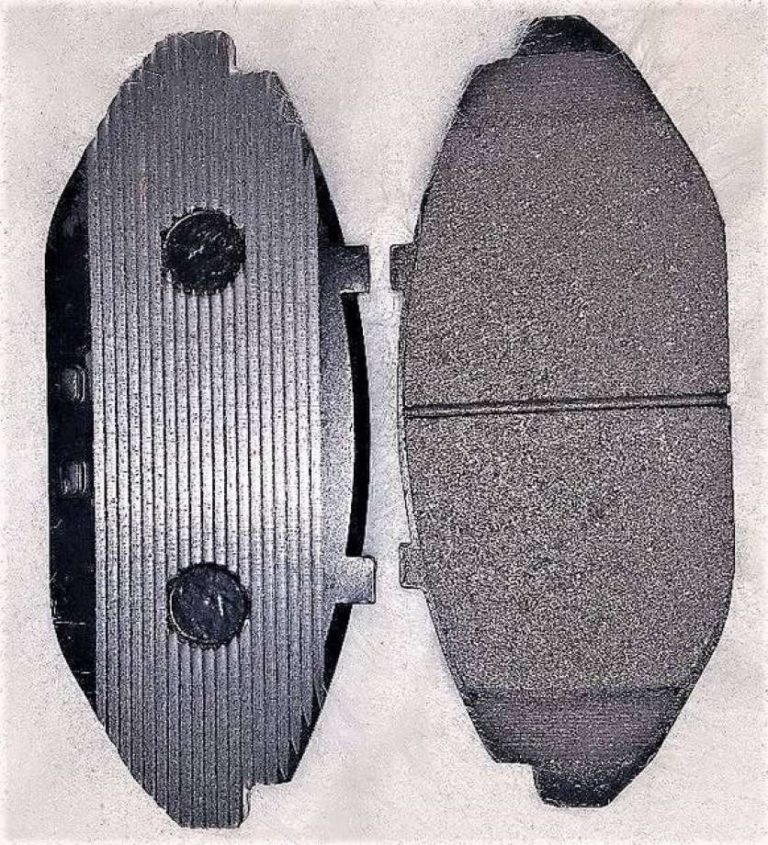 From The St. Louis Telegraph

Dove Technologies, Inc., has increased the cooling potential of the brakes by grooving the backing plates with triangular-shaped lines, cut horizontally along the length of the backing plate running from top to bottom. The triangles increase the surface area and create the heat-sink for the backing plate.

The design moves heat away from the brake and rotor contact area, even when a vehicle is stopped, due to the Law of Thermodynamics of hot moves to cold, seeking out equilibrium. As a result, brake temperatures decrease.

When the peaks of the triangles on the backing plates come into contact with the piston or caliper, it recesses the peaks by a few thousandths of an inch, making it self-locking and removing the need for shims altogether.

Horton said Dr. Jeff Ma with the Southern Illinois University Edwardsville Mechanical Engineering Department has approved Horton’s for fitting the Formula One Race Car with the brake technology. Horton’s also has sponsored Bubba (Theodore) Pauli No. 282, a local AMA Super-Cross Racer and B-Mod Dirt Racer, and Ryan Hamilton, also a local racer. All are using the new technology on their brakes.

“We initially were working with SIUE and fitted the BAJA team with the technology on their Baja Team last winter,” Horton said. “We have since begun working with SLU in Missouri.”

The company currently is in Anaheim, California for the Pre-SEMA Gala seeking investors to help bring the new technology to market.