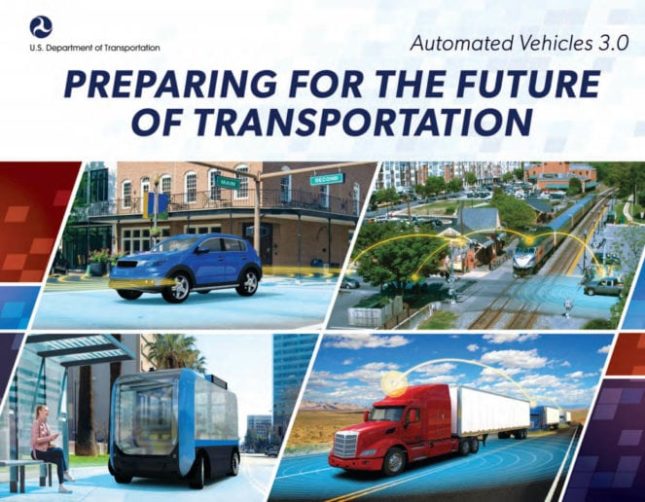 Some highlights of the DOT autonomous vehicle guidance include:

Allowing the term “driver” to extend to automated systems.

When regulation is needed, U.S. DOT will seek rules that are as nonprescriptive and performance-based as possible. As a starting point and going forward, the Department will interpret and, consistent with all applicable notice and comment requirements, adapt the definitions of “driver” and “operator” to recognize that such terms do not refer exclusively to a human, but may in fact include an automated system.

Committing to “freedom of the open road.”

U.S. DOT embraces the freedom of the open road, which includes the freedom for Americans to drive their own vehicles. We envision an environment in which automated vehicles operate alongside conventional, manually-driven vehicles and other road users. We will protect the ability of consumers to make the mobility choices that best suit their needs.

[The DOT] urges States and localities to work to remove barriers—such as unnecessary and incompatible regulations—to automated vehicle technologies and to support interoperability.

Read more about the DOT autonomous vehicle guidance at Wired.

Earlier in The Brake Report: In Europe, openness to AEB mandate