Dellner Hydratech Czech Republic s.r.o. is strategically located in Staňkovice, Czech Republic, near major hubs, including Prague, Frankfurt, and Munich. The 7,100 square-meter site—it is overseen by Jiří Koudela, general manager—has been approved by major stakeholders in the wind energy market, such as Siemens Gamesa and Vestas. It has also been awarded with a series of ISO certifications.

Dellner Bubenzer Group has additional wind-specific facilities in Silkeborg, Denmark; Dorsten, Germany; Bangalore and Chennai, India; Suzhou, Tianjin, and Beijing, China; and Alabama. China is one of the world’s numerous wind energy hotbeds, while India is also in steady growth mode, and long-term offshore growth especially is expected in North America and Europe.

Cox, who recently stepped up into the wind leadership role, added: “Leading the team globally and connecting our complete wind / renewables portfolio is very exciting; we have so many great people around the world. Having visited the Czech facility last November, I was astonished to see first-hand the craftsmanship and professionalism we now possess.”

Dellner Bubenzer Group will look to build momentum at WindEurope, which takes place in Copenhagen, in April; and Cleanpower, which will be staged the following month across the Atlantic in New Orleans.

The Mt. Rushmore Of Brakes: Who or What Should Be On It? 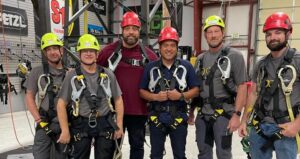