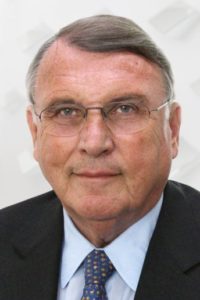 Prof. Klaus Mangold appointed Chairman of the Supervisory Board of Knorr-Bremse AG.

At an extraordinary shareholders’ meeting of Knorr-Bremse AG, Prof. Klaus Mangold was appointed to the company’s Supervisory Board, effective September 1, 2018. The Supervisory Board simultaneously elected him its new chairman. Prior to this, Hans-Georg Härter had resigned from the Supervisory Board for health reasons; he officially leaves the Board on August 31, 2018.

In addition, Dr. Jürgen Wilder was appointed to the Executive Board of Knorr-Bremse AG with responsibility for the Rail Vehicle Systems division, effective September 1, 2018.

Hans-Georg Härter had been a member of the Supervisory Board since 2012, becoming its chairman in 2016. “I would like to thank Mr. Härter for our trusting collaboration and his great dedication to the company. I send him my best wishes for a speedy recovery,” says Heinz Hermann Thiele, proprietor of Knorr-Bremse AG. “At the same time, I would like to welcome Prof. Mangold as new Chairman of the Supervisory Board. His wide-ranging international experience, industry know-how and networks will make him very valuable to the company.” 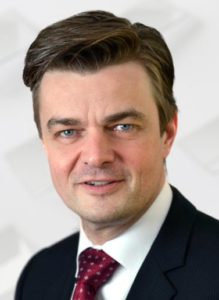 As of September 2018, Dr. Jürgen Wilder will be responsible for the Rail Vehicle Systems division on the Executive Board of Knorr-Bremse AG.

Heinz Hermann Thiele, proprietor of Knorr-Bremse AG, says: “In Dr. Wilder we have been able to appoint a highly experienced manager from the international transportation and logistics sector to the Executive Board of Knorr-Bremse. He is exceptionally well qualified and brings to the table proven expertise both in driving the strategic growth of corporate divisions and in restructuring.” Thiele goes on to say: “I would like to thank Mr. Deller for his great commitment to the Rail Vehicle Systems division in recent years. He is handing over a healthy and flourishing division.”

From 2015 to 2017 Jürgen Wilder (48) served as CEO of DB Cargo AG, a subsidiary of Deutsche Bahn AG. Wilder previously held various positions at Siemens AG, most recently that of CEO of the Mainline Transportation Global Business Unit, where starting in 2013 he successfully restructured and expanded its business with high-speed and regional commuter trains and locomotives. From 2004 he worked for Siemens Industry Inc. (USA) heading up the restructuring of the Mobility Rolling Stock business, and going on to achieve steady growth in sales and profits as CEO. In 2011 Wilder moved to Siemens AG in Munich, where he worked as Head of Strategy in the newly created Infrastructure and Cities sector. He studied physics at the University of Göttingen and received his doctorate from the Max Planck Institute for Polymer Research in Mainz (Germany), before undertaking a period of research at Harvard University in Cambridge, Massachusetts (USA).