By The Brake ReportFebruary 27, 2020No Comments2 Mins Read 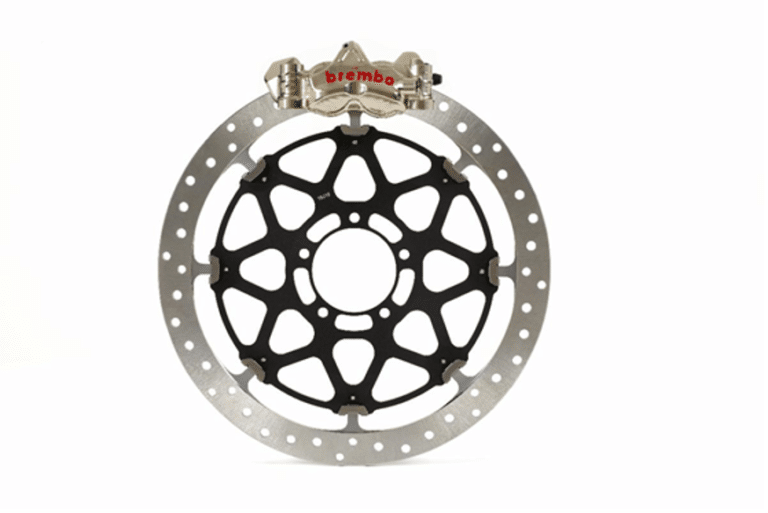 DETROIT – Brembo, world leader in the production of high-performance braking systems for motorbikes, will participate for the 33rd consecutive year of the World Superbike Championship as the major stopping partner. Of the 22 bikes that will compete in the 13 World Championship rounds, 17 have chosen to rely on Brembo braking systems and 12 on the company’s Marchesini wheels.

For the 2020 season Brembo engineers expect the teams to focus on the use of two types of steel brake discs, 338.5-mm diameter discs for the most severe circuits and 336-mm diameter discs for the remaining tracks. The adoption of a double diameter option combined with different thicknesses, four in all, will allow the teams and riders to have a wider choice of tune depending on the severity of the rounds.

Brembo expects that on particularly demanding circuits for the braking systems, such as Barcelona, Imola, Italy and Donington, Great Britain, riders will tend to favor the thickest discs available. In the remaining circuits, it’s likely that the riders are oriented towards thinner discs, even if the assessment of the most suitable discs will be carried out with the long-run on Friday, after each session Brembo engineers, working on track in close contact with the teams, check discs, pads and calipers temperatures reached with the thermo-paints or with the sensors in contact with the braking system.

In addition to the discs, calipers and pads, for which the research of increasingly performing friction materials knows no rest, Brembo supplies to the teams the master cylinders too.