DETROIT– Brembo, a global leader in braking systems, celebrates more than 600 world titles won since 1975, thanks to 62 world titles won in the major racing competitions of 2022 – on two and four wheels – Brembo confirms its technological supremacy in motorsport and continues to collect record numbers on every circuit in the world.

The long experience in the world of racing continues to be a privileged laboratory for Brembo, where the latest technological solutions are tested and then transferred to street vehicle production. This approach confirms the company’s mission to become a Solution Provider alongside the most important manufacturers of cars and motorcycles, to offer cutting-edge and sustainable solutions that deliver the best driving experience.

Motorsport titles that also include important victories achieved with the support of the brands part of the Group, like Marchesini and AP Racing, SBS Friction and J.Juan, companies that were acquired by Brembo Group between the early 2000s and 2021.

In Formula 1, all of the 22 Grand Prix races in the current season have been won by cars equipped with Brembo components. The Bergamo-based company can boast victories in 485 out of 829 Grand Prix that have taken place since 1975, the year of the debut in Formula 1, until today, for a total of 28 world drivers’ championships and 32 world constructors’ championships won with the top teams.

Brembo’s dominance also continues in MotoGP, to which are added new wins in Moto2, Moto3 and World Superbike (also with Marchesini). Over 500 victories in the premier class (500 class and MotoGP) in which Brembo made its debut in 1995. For the seventh consecutive season, Brembo has supplied all the riders – 31 for this season – who have raced at least one race in MotoGP, relying on the high performance and safety levels guaranteed by Brembo components.

In addition to the already mentioned Formula 1, Formula E, MotoGP, Moto2, Moto3 and WorldSBK championships, it’s important to mention also WEC, GT, IMSA, IndyCar, MX2, Enduro, Trial, Formula 2, Formula 3, WRC, Super Formula, Rally Dakar and many others for a total number of more than 600 world titles won from 1975 up to the present in the different categories. 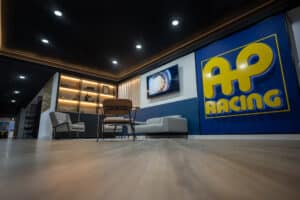