By The Brake ReportJuly 17, 2018No Comments3 Mins Read 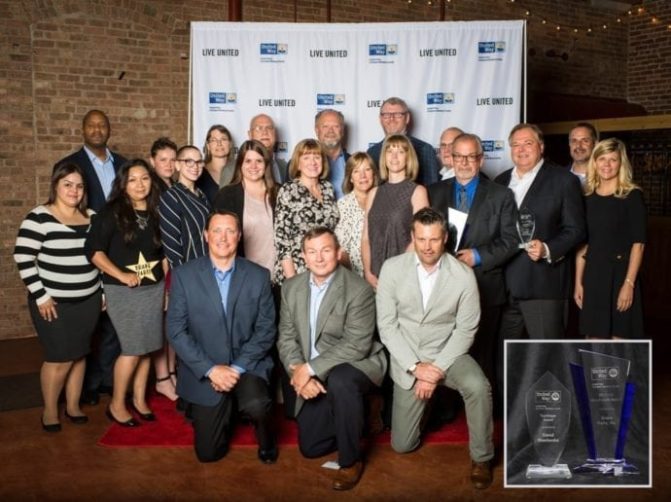 The Trailblazer Award was established to recognize individuals who have stepped up within McHenry County to help raise awareness for United Way. Overbeeke accepted the award during this year’s United Way campaign celebration, “We’re Rolling Out the Red Carpet,” held recently in Harvard, Illinois.

“Brake Parts Inc has a long-standing tradition of community involvement and the United Way of Greater McHenry County holds a special place in our hearts,” said Overbeeke. “While I’d like to thank the United Way for this honor, the recognition really goes to all of the BPI employees who go above and beyond every year to give to this remarkable organization that funds health and human service agencies in our area. Donating to the United Way is our way of giving back to help better the lives of people in our community that need assistance.”

BPI is the largest contributor to the United Way of Greater McHenry County for several years running and has received major donor awards a total of six times. With its $273,000 donation, a new record, this year marks the fifth consecutive year that BPI has surpassed the $100,000 mark. By exceeding the $200,000 level, BPI was honored with the prestigious Benchmark Award.

“Recognized for his tremendous efforts as a community leader, influencer and trailblazer, David is truly blazing the way for the United Way and helping others see how important leadership influence is on the organizations where they serve,” said Carole Peters, executive director, United Way of Greater McHenry County. “Through his words, ‘we can do better,’ he encouraged his own leadership team to step up, push forward and blaze a trail of raising more than $273,000, an increase of over $100,000 from last year’s contribution. He has helped lead this campaign through his own generosity, his company’s generosity and inspiring his team to follow in his footsteps.”

Brake Parts Inc (BPI) is committed to leading the global automotive aftermarket as the premier manufacturer and supplier of brake system components, including its respected flagship Raybestos® brand. The company’s primary focus is the growth and profitability of its customers through a collaborative platform of quality, innovation, dedication and integrity. A supplier to major auto parts organizations, BPI has a demonstrated commitment to research, development and testing of its entire product offering, including friction, rotors, drums, calipers and hydraulic products, ensuring that they meet or exceed original equipment fit, form and function requirements. For more information, visit www.brakepartsinc.com.