By The Brake ReportAugust 20, 2018No Comments2 Mins Read 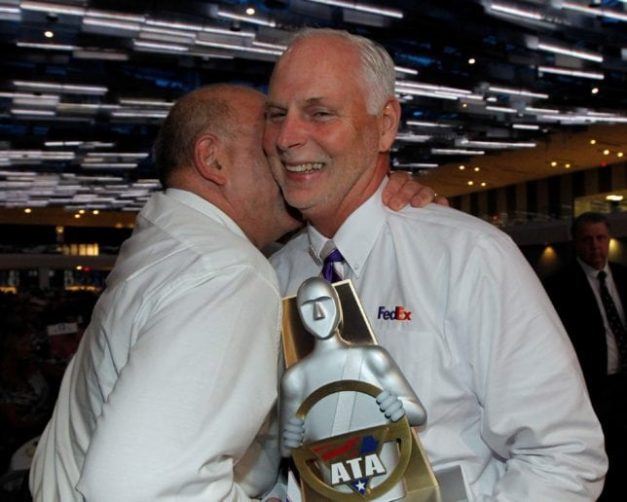 This year’s NTDC was held Aug. 15-18 in Columbus, Ohio. Bendix sponsored the Grand Champion Award, presented to the overall top driver, for the eighth consecutive year.

Woodrome, who has more than 1.8 million safe driving miles in his career, has worked in the trucking industry for 25 years, spending 12 years with FedEx Freight. His driving skills and knowledge of safety, equipment, and the industry earned him the top award over more than 420 other drivers.

Each year, the NTDC features professional truck drivers from across the United States, who qualify for the competition first by driving accident-free for one year and then by competing in nine classes of competition at company, state, and regional levels.

“It’s a thrill for Bendix to congratulate this year’s ATA National Truck Driving Championships Grand Champion Award winner, Scott Woodrome, and give a celebratory blast of the air horn to every driver who competed in the 2018 championships,” said Fred Andersky, Bendix director of customer solutions – Controls Group. “The dedication that these talented professionals demonstrate is at the highest level – as is their commitment to highway safety, which we share. We honor them and are grateful to the National Truck Driving Championships for bringing deserving attention to such outstanding professionals, their supportive families, and the indispensable role they play in helping to keep roadways safe for all of us.”

During this year’s competition at the Greater Columbus Convention Center, drivers demonstrated their expertise of safety, equipment, and the industry through a written exam, personal interview, pre-trip inspection test, and – most crowd-pleasing – navigating the skills-based driving competition course. Behind the wheel, drivers were scored on their abilities to handle a truck, judge distances, and maneuver through tight spaces. The course put competitors to the test by challenging their ability to drive, reverse, and park their vehicles with precision around obstacles, including barriers, scales, and curves.