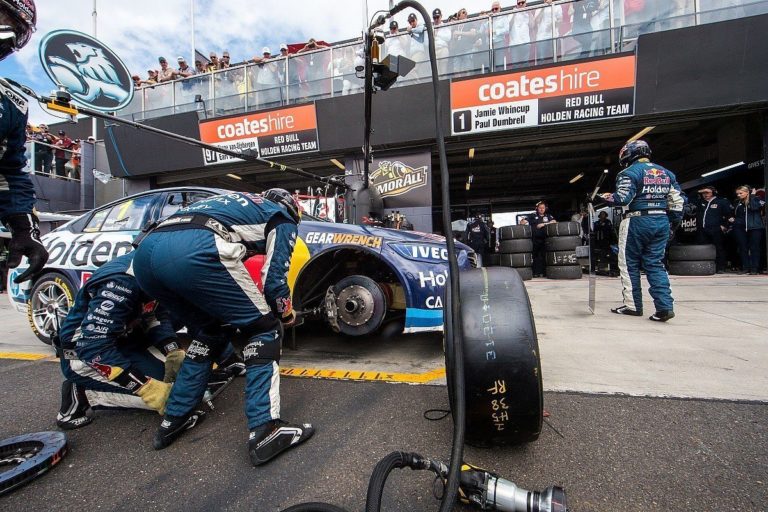 There are few sights more spectacular for the trackside motorsport fan than 30 squabbling tin-tops barrelling en masse into the Club chicane on the first lap of a British Touring Car Championship race at Thruxton.

From bouncing off the rev limiter in sixth, they stamp on the anchors and crash down the gears, each on the absolute limit of adhesion attempting to scrub off speed, without leaving space for an opportunistic rival to sneak past.

In the moment, it’s only natural to laud the bravery and skill of the gladiators behind the wheel, without giving a second thought to the intricate web of interconnected parts that make up the brake system.

In the BTCC, that means the discs, pads and calipers, as well as the pedal box and master cylinder, with each car running slightly different set-ups front to rear depending on which axle receives drive.

But for all its visual impact, the inner workings of braking systems remain shrouded in mystery.

As the exclusive supplier to the BTCC, DTM and Australian Supercars, along with many Formula 1 teams, several World Rally Championship manufacturers and around half of the NASCAR Cup field week to week, Coventry-based brake and clutch manufacturer AP Racing is perfectly placed to provide an insight into the demands of different motorsport disciplines on braking systems, and the challenges involved in meeting them.

Since 2000, AP Racing has been an autonomous entity within a larger automotive braking systems group and has its own in-house engineering, manufacturing and testing capabilities, which it is building on with significant internal investment.

A new adjacent facility has been added that aims to win business from automotive OEMs, including a semi-automated production line for road-based applications, a new dynamometer offering NVH (noise, vibration and harshness) and environmental testing and a dedicated mechatronics development lab.

But as the name suggests, racing remains its core purpose. Meeting rooms have names such as Hailwood, Tyrrell and Hunt, and the main lobby is adorned with models and posters that leave visitors in no doubt of the company’s motorsport heritage.

Its products have been used continuously in F1 since Jim Clark’s Lotus 49 won at Zandvoort in 1967, and an AP Racing clutch or brake product has been present on every grand prix-winning car since.

Compared with the BTCC, the complexity is in another stratosphere in F1, where the braking, electronic brake-by-wire and MGU-K energy-recovery systems are constantly interacting, and just one part of the chain faltering can have drastic effects.

Jason Carpenter, a former Williams wind-tunnel technician and Pirelli trackside support engineer, joined AP Racing last year as an ‘F1 race engineer’ with responsibility for providing support to brake and clutch customers at every grand prix, and liaising with teams during the pre-season design process.

Teams are acutely aware of the importance of getting it right first time due to its complex integration into the surrounding hardware – a challenge absent from single-make or strictly controlled series below F1.

“What surprised me as a newbie,” explains Carpenter, “was how different each solution is for each team.

“Normally it’s the case in motorsport that things often tend to converge, but even after many years of relatively stable regulations every customer has a different idea of what they want from their racing solution to meet their competitive targets.”

While it should be noted that some F1 teams operate on smaller budgets than others, the compromise in most other series of achieving the best performance for an acceptable cost within the boundaries of the regulations is far less pronounced.

Typically, the issues of cost and regulations are linked, with rulebooks designed to limit spend by prohibiting carbon brakes, which offer greater performance relative to the steel discs used in the BTCC or Australian Supercars, but at significantly greater expense to privateers.

This leads to an awkward balancing act for suppliers.

Read the rest of the story here.