By The Brake ReportAugust 8, 2018No Comments2 Mins Read 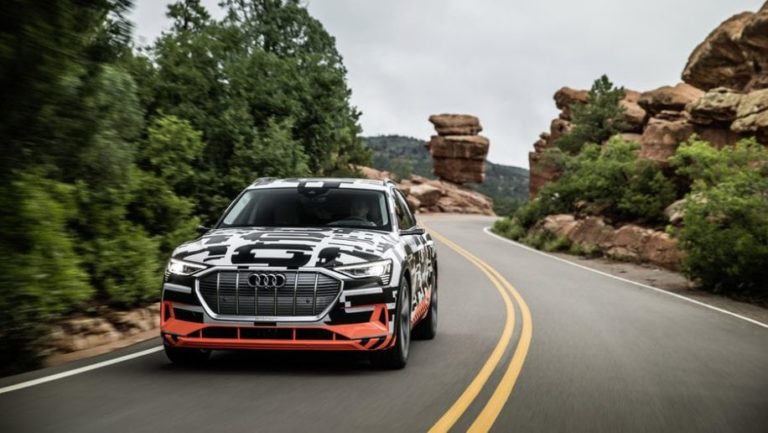 *OK, its friction brakes. The electric SUV’s by-wire binders use heavy regen to all but eliminate conventional braking in daily use.

“Do you want to touch the brake disc?”

As far as questions go at an automotive press launch, this was a first for me.

Dr. Michael Wein, the manager responsible for the new regenerative braking system on Audi’s E-tron electric SUV, leaned in and said, “Go ahead.”

I admit, the thought hadn’t exactly occurred to me.

Mere moments ago, we had descended from the 14,000-foot summit of Colorado’s Pikes Peak, pausing part of the way down, at historic Glen Cove Inn (altitude: 11,500 feet), for a mandatory park ranger brake check.

The ranger dutifully popped out of his little wooden guard shack with a pistol-grip infrared thermometer, pointed the barrel at our car’s front disc, and crisply announced, “forty-seven-point-nine degrees.”

At that point, we had only descended around 2,500 feet, but by then, the ranger assured me, most car brakes are sitting at an easy 150 degrees Fahrenheit, and some are a good deal hotter, with a small percentage already overheated at 500 or worse (at which point they’re typically billowing smoke and our park ranger friend orders to pull over and cool).